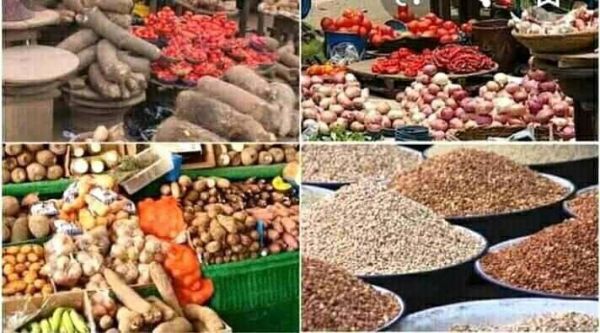 Prices of some major foodstuffs have gone up by 100 per cent in Southwest markets.

Most of the respondents attributed the astronomical increase in the prices of foodstuffs to effects of the Covid-19 pandemic.

Others, however, blamed the trend on increase in transport fares, caused by the recent increase in petrol price and the inability of farmers to produce enough food for domestic consumption, while the nation’s borders remain shut.

The stakeholders expressed concern over the relentless increment and also called on government to urgently address the situation before things get out of hand.

Survey at the Ota market in Ogun showed that the price of onions had almost doubled within the last one month, as a bag sold for N50,000 in October, is now selling between N90,000 and N100,000. Four small pieces of onions, which were N50 in October are now N200.

Saheed Ismaila, a yam seller at the popular Shasha market in Akure North Local Government Area of Ondo State, said five pieces of medium yam tubers, sold between N1,500 and N1,800 in October, are now between N2,500 and N3,000.

“We are selling based on how much we bought the item. We usually travel to Minna and Abuja to buy them and we have to add the cost of transport, hence the price increase,” Ismaila said.

“Only God knows what the future holds for foodstuff prices in the country,” Adams lamented.

It was gathered that before the Covid-19 pandemic, a 25-litre keg of palm oil was sold between N8,000 and N9,000 in many markets in Southwest.

Although, the commodity increased to N12,000 shortly after the pandemic, it is now sold for N14,000 in most markets in Ogun.

At the popular Kuto market in Abeokuta, a bag of beans, of which the price fluctuated between N19,000 and N23,000 in October, is now sold for N28,000, while a plastic measure of the foodstuff has increased from N350 in October to N550 in November.

The survey however, revealed a downward trend in the prices of garri, tomato and pepper in some of the markets.