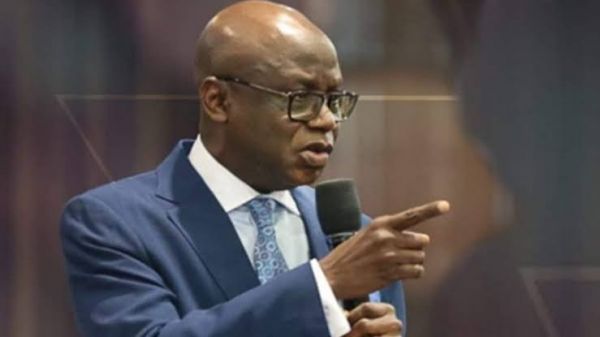 He said this during the church’s special service monitored by our correspondent on Sunday.

The cleric urged Federal Government to reverse some of its actions against #EndSARS protesters in the country.

He said, “This season of our national life requires deep humility, sobriety, and deliberate thinking through, both by the government and the governed, to ensure that our plans, policies, and actions are weighed before they are implemented to avert the re-occurrence of our most recent crisis.

“Some of the actions recently taken by the government on the heels of the #EndSARS protests may need to be reversed sooner rather than later in our collective best interest so that they do not trigger further protests.

“Among such policy actions is the freezing of the accounts of young Nigerians who reportedly sponsored the protests. While I admit that, under our extant laws, banks may freeze an account upon an ex parte order granted to a law enforcement agency by a court of competent jurisdiction for the purpose of an investigation, these provisions of our Law should not be used to intimidate Nigerian youth simply because they engaged in and promoted protests against the inactions of government.

“Targeting and arresting citizens on trumped-up charges, deploying court probes as a tool of intimidation, and generally eroding our fragile peace, are deeply worrisome signs of regression.”

Bakare also cautioned against actions capable of breaching the rights of youths to express themselves freely.

He said, “To extend the olive branch to the youth in one breath, and to deprive the youth of the right to freedom of movement and property as enshrined in our constitution in another breath, will send confusing signals and cast doubts in their minds regarding the sincerity of the government.

The immediate reversal of these actions, therefore, will calm raw nerves and fast-track peace in our land. And if there are serious or fundamental security breaches that necessitated the freezing of bank accounts and the confiscation of a passport, these should be made known.

“In the absence of any security breaches, citizens’ rights should never be trampled upon.”