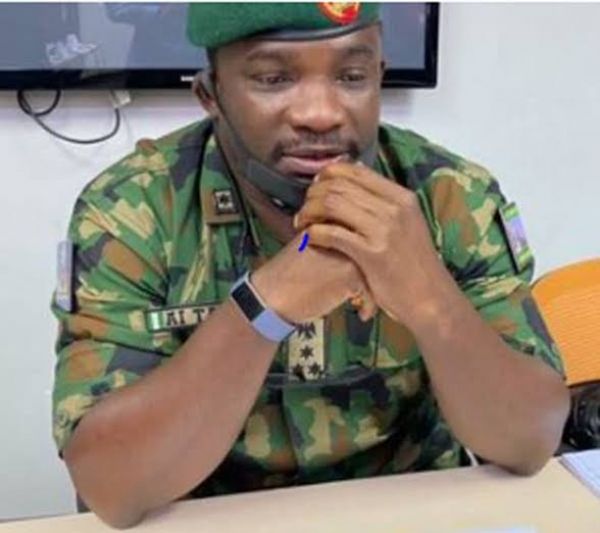 Ahmed Taiwo, a brigadier general of the Nigerian Army, says the military is not happy that Babajide Sanwo-Olu, governor of Lagos, denied inviting soldiers to restore peace and order in the state.

He stated this while appearing before the Lagos judicial panel on Saturday.

According to Taiwo, Sanwo-Olu called on the military for support on October 20, after the #EndSARS crisis degenerated into chaos.

“Perhaps, it was the way everything went that made him say so.”

Following the outrage that trailed the Lekki tollgate incident, Sanwo-Olu blamed it on“forces beyond his direct control”.

“This is the toughest night of our lives as forces beyond our direct control have moved to make dark notes in our history, but we will face it and come out stronger,” the governor had said in a statement.

When he featured on CNN one week after the shooting, the governor said the army was responsible for the incident.

The army had denied being responsible while the federal government said it would investigate the tragic incident.

But Sanwo-Olu told CNN: “From the footage we could see, because there were some cameras at that facility, it seems to me that they would be men in military uniform—it should be Nigerian army or something.”

Asked if he meant the military opened fire on protesters, he said: “Yes. That’s what the footage showed.”

The army later said the governor invited them to restore order after the protest got out of control.

“It won’t surprise you to know that the governor did not have the GOC’s number and neither did the GOC have the governor’s number.

“So, it was when the GOC was on assignment in Abuja. After the sitting, he came out and saw a number of missed calls from a number. When he called back, they were able to speak at some point, but he had called the chief of army staff, following which 81 Division Nigerian army was ordered into phase 4 of internal security operations.

“It was in the afternoon and I don’t have the exact time. I will say before 4pm.”