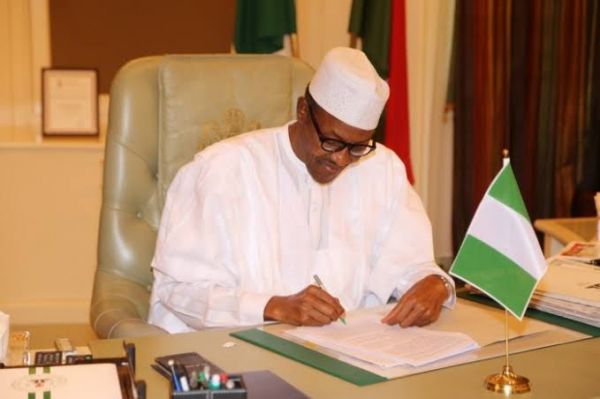 President Muhammadu Buhari has signed a law to create a credit tribunal that will improve loan recovery and strengthen the regulatory framework for managing failing or distressed lenders, the presidency said on Friday.

The aim of the Banks and Other Financial Institutions Act 2020 is to update existing laws and it comes in response to developments in the financial sector over the past 20 years, spokesman Garba Shehu said.

In 2009, the central bank bailed out eight lenders for being undercapitalised and injected $4 billion to stabilise the banking system.

It later withdrew the banking licence of Skye Bank in 2018 for failing to meet capital requirements and created a bridge bank Polaris to take over its assets.

Prior to the new law, Nigeria relied on corporate governance standards to manage insider-related abuses, analysts say, adding that the new law will seek to give more powers to the central bank in managing the banking sector.

In September, banks introduced a set-off scheme authorizing a lender to use accounts held by a defaulting borrower in a rival financial institution to pay outstanding loans, without the customer’s permission.

The new legislation will seek to reduce the incidence of non-performing loans, the statement said. Such loans have been a deterrent to lending that is badly needed to stimulate the economy.

Non-performing loans fell to 6.1% of all loans in August, the central bank said, outside its target of 5% but down from 9.4% a year earlier. Lenders restructured over a third of loans in June as debtors ran into repayment problems due to the Covid-19 pandemic.

The central bank will engage stakeholders on the new legislation in the coming months, the spokesman said.