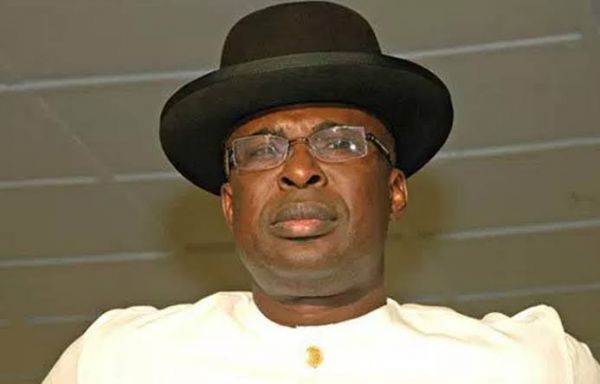 Vehicles in the Presidential Fleet and those of members of the Executive Council of the Federation will be converted to use gas as fuel, Minister of State for Petroleum Resources, Timipre Sylva, has said.

Sylva said conversion of the vehicles to use compressed natural gas (CNG) is a step in his ministry’s plans to roll out the National Gas Expansion Programme (NGEP) on November 30.

CNG is an alternative fuel type to petrol (also called PMS) for automobiles. Sylva said the government wants to end the reliance of Nigerians on petrol, which deregulation has pushed its price almost beyond the reach of many consumers.

The minister who said his official vehicles have been converted to use gas as fuel, said he expects members of the National Assembly to also convert their cars to gas.

“Of course, I have since converted my official vehicles to gas,” Sylva said.

“Beyond that, we are working on getting members of the Executive Council of the Federation to convert their official cars to gas as a cheaper and more reliable fuel to PMS. Even cars in the presidential fleet will be converted to run on gas.

“We will also discuss with members of National Assembly to convert their official cars to run on gas. We will kick-start that initiative soon as we plan to roll out the National Gas Expansion Programme. Hopefully, with the example we will show, we will persuade Nigerians to see gas as the preferred and reliable fuel in Nigeria,” he said.

He cited the example of companies like Dangote Group that, he said, have already converted their trucks to run effectively on gas.

“From what I have been told, the use of gas as fuel for Dangote trucks has reduced the company’s operational cost by about 50 per cent, in terms of fueling cost,” he said.

The National Gas Expansion Programme, the minister said, is part of the government’s plan to develop the midstream sector of the petroleum industry, which he noted has suffered neglect since the country’s oil industry began in the 1950s.

The petroleum industry, the minister noted, has over the years grown more in the upstream exploration and production sector, with more attention paid to oil production.

He said little or no attention was paid to other sectors, particularly the midstream, which is where the linkages to the growth of the country’s economy exist.

“No doubt, the upstream sector produces the oil sold to earn the money that is shared monthly by the three tiers of government, namely Federal, States and Local Governments at the Federation Accounts Allocation Committee (FAAC) meetings.

“But, it is the midstream sector that creates not only the vital linkages in the economy, but also the jobs for our teeming unemployed population. The time is ripe for the industry to produce the jobs that would mop up all those opportunities and sweep all the unemployed young Nigerians from the streets.

“There is no better way of diversifying the country’s economy than through a well-developed oil and gas industry, particularly with the huge gas resources in Nigeria,” he said.

He attributed the neglect of the midstream sector of the petroleum industry over the years to the non-existence of the fiscal framework for its development, adding the government’s determination to get the Petroleum Industry Bill (PIB) passed as soon as possible was to enable it create the framework to encourage the growth and development of the oil and gas industry.

“There is no better way of diversifying the country’s economy than through a well-developed oil and gas industry, particularly with the huge gas resources in Nigeria. So, the enactment of the petroleum industry law to provide the necessary legal and fiscal framework for the industry is the most credible attempt towards a holistic diversification of the Nigerian economy. That is why it is very important for all stakeholders to see that the PIB is passed as soon as possible,” he said.

On the roll-out of the National Gas Expansion Programme, the minister said this was geared towards expanding the use of gas resources to benefit the economy, in addition to other value additions, in terms of jobs and the development of the gas value chain.

He lamented Nigeria’s status as the country with the lowest gas penetration in Africa, despite having one of the world’s largest gas reserves. He said domestic gas is not used extensively in Nigeria, but only in the cities and urban areas.

The nationwide roll-out of the programme aims at deepening gas penetration in Nigeria and expand household use of gas.