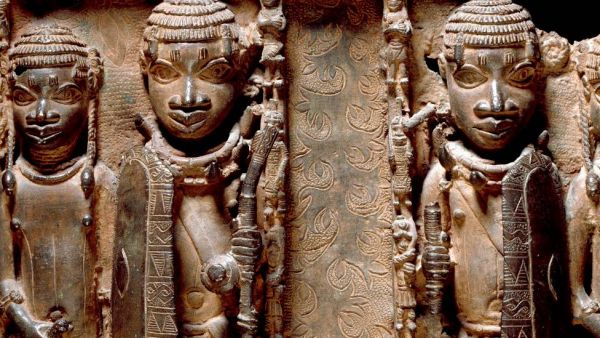 The British Museum has announced plans to help "investigate the history of the Kingdom of Benin", with a grand archaeology mission and new museum.

The organisation will work with Nigerian teams on the creation of a new Edo Museum of West African Art (EMOWAA) and accompanying archaeology project.

The plan represents one of largest physical projects the British Museum has ever undertaken outside the UK.

It comes after calls for it to return stolen artefacts to the ancient city.

Broadcaster and author Stephen Fry last week shared a petition encouraging the museum to give back its Benin Bronzes; as well as returning the famous Elgin Marbles to the city of Athens.

The British Museum, which has some 950 Benin Bronzes, has come under particular criticism for its refusal to give them back, but is only one of many museums struggling to justify the legitimacy of its collection.

The newly-announced $4m (£3.04m) archaeological excavation will be the most extensive ever undertaken in Benin City.

Hartwig Fischer, director of the British Museum said they were "honoured" to be working with colleagues from Edo State, Benin Royal Palace, Legacy Restoration Trust, National Commission for Museums and Monuments of Nigeria, and Adjaye Associates on "this exciting project".

"The British Museum's main mission is to work in partnership with colleagues from around the world to develop our shared understanding of cultural heritage," said Fischer.

"The archaeology project also provides the groundwork for the EMOWAA which will surely become one of the most significant museum initiatives in the coming decades," he added.

What are the Benin Bronzes and why is this latest move significant?

The Benin bronzes are a group of more than 1,000 heirlooms, metal plaques and sculptures, which decorated the royal palace of the Kingdom of Benin in what is now modern-day Nigeria.

They were looted by the British army during an invasion in 1897 when British troops razed the royal city to the ground to avenge the killing of an earlier force.

Archaeologist Dan Hicks, author of the just-published Brutish Museums, described the looting in the Daily Telegraph as "a chaotic free-for-all where officers and colonial administrators desecrated sacred ancestral altars for their personal gain".

Pieces can now be found in museums in the UK, USA, Germany, Switzerland and The Netherlands.

They are a key example of artefacts that the British took by military force and have not given back, despite requests from the Benin Royal Court.

Many of the bronzes, which carried religious significance to the Edo people, were taken from altars. Some of them are portrait representations of the dead Oba or king, who was treated as a god.

The newly-announced partnership project will be viewed by many as a positive way for the British Museum to work with all interested parties to increase knowledge about the kingdom from which the Benin Bronzes were taken; and potentially create a situation which could lead to some or all of them being returned.

The archaeology project commences in 2021 and will continue for five years, to look for further royal treasures, and to enable the construction of the museum.

Adjaye Associates has been asked to come up with the design, and architect David Adjaye said he was "humbled and deeply inspired".

"From an initial glance at the preliminary design concept, one might believe this is a traditional museum but, really, what we are proposing is an undoing of the objectification that has happened in the West through full reconstruction," he said.

Abba Isa Tijani, director general of the National Commission for Museums and Monuments, Nigeria added that they hoped the prior archaeological work "will lead to a greater understanding of the ancient kingdom of Benin".