Analysis: Biden is leading Trump in 2020 polls. But expect tomorrow’s US election to be a repeat of 2016 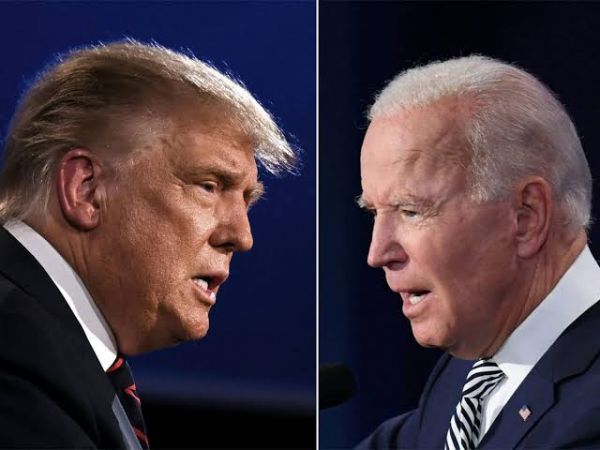 Contrary to the prevailing wisdom among the cognoscenti, history and current circumstances suggest President Donald Trump is going to defeat former Vice President Joe Biden — for some of the very same reasons he came from behind in 2016 to shock the Democratic presidential nominee Hillary Clinton.

It is understandable why conventional wisdom is getting this wrong again. Trump is down in the polls, the nation’s demographics are continuing to change in ways unfavorable to Trump and Republicans, the coronavirus has wrought death and economic destruction throughout the land and Trump’s personality provokes stormy oceans of antipathy — perhaps most crucially among women and suburban voters.

But Biden and his campaign are making mistakes that will ensure little of this matters. And the polls are almost certainly wrong again. The only question is by how much.

The economy is turning around, playing to Trump’s strength. The president has made significant outreach to minorities, and a relative handful of Black voters switching from Democrat to Republican could help him secure states like Georgia, Florida, Ohio, Pennsylvania, Michigan and North Carolina. Not to mention that Trump — unlike Biden — is actually campaigning for the job.

Think of it. Clinton wandering around the woods near her home in Chappaqua, N.Y., kicking herself for not appearing even once in Wisconsin. Meanwhile Biden is only now belatedly hitting the trail — a little. This is a risky experiment. Every modern presidential candidate has traveled as much as humanly possible — and then traveled some more. Meeting and speaking to voters — responsibly — is key. Biden is exploring the political equivalent of eating consommé with a fork.

Campaigning does not just reach voters. It imparts a sense of vigor, industriousness and sociability that people want in a leader. I don’t think Trump should be drawing so many people to celebrations that feature sardine-packed, mask-less supporters whose health is at risk. But his rallies suggest that better days are ahead — the theme of most winning presidential campaigns.

Thursday, there was a significant indicator that happy days may indeed soon be here again. The Commerce Department released the U.S. gross domestic product number for the third quarter, showing growth rate of around 33 percent. This will feed directly into Trump’s argument that he is best positioned to save the economy.

Trump complains endlessly about mail-in ballots, ignoring that they may help him. Many more Democrats are voting by mail than Republicans. But these ballots are more likely to be rejected because mistakes were made filling them out or they were late — or simply got lost.

And while the Covid-19 numbers are rising, this does not necessarily benefit Biden. Trump has been arguing that it is time to open up the economy and stop worrying so much about the spread of the virus. People have pandemic fatigue, and they are eager to go back to their regular, pre-Covid lives, even if this sometimes means endangering themselves or others.

And not only is Biden staying home, his army of volunteers and canvassers have been cooped up as well, doing outreach on their parents’ Wi-Fi instead of out seeing voters. The Biden campaign only recently emerged from the basement — with the exception of its leader — after Trump’s operatives had already spent months contacting voters on their doorsteps. Refusing to mobilize voters by showing up in their neighborhoods early and often is another likely ill-fated Biden experiment in ignoring modern campaign practice.

You also should not underestimate the vast amount of damage created by Biden’s second debate suggestion that he would eventually eliminate the oil industry. When moderator Kristen Welker asked him whether he would “close down the oil industry,” Biden answered “Yes,” he would transition from it. When Welker then asked why he would do that, he responded, “Because the oil industry pollutes, significantly.”

Although the economy may be on the upswing, the American public is still suffering, making this is a gaffe of historic proportions. Biden later walked it back, insisting, “We’re not getting rid of fossil fuels for a long time.” But his intention is clear. At the very least, the comment could well lose him Pennsylvania — where fracking has created tens of thousands of jobs.

Then there are the polls. Pollsters insist their surveys have been adjusted from 2016 to include more demographics that support Trump — though they may harbor new flaws. They are still unlikely to capture the vast enthusiasm gap between Trump and Biden voters and fail to pick up the “shy Trump voters,” — people afraid to admit they back Trump — who may be shyer than ever.

A bubbly volunteer calls on the phone and wants to know whom you are voting for. Do you want to admit to this person, perhaps an enthusiast of Sen. Bernie Sanders, Rep. Alexandria Ocasio-Cortez or at least, a Taylor Swift fan, that you support the putatively racist, misogynist, greedy, white supremacist Trump? Of course not. “Biden!” You say. “Green New Deal! Leave me alone, goodbye!”

The shy voter phenomenon could prove even more pronounced in 2020 than in 2016. You could at least explain not voting for Clinton. She was unlikable to so many. Though inspiring fewer strong feelings, Biden is, at least, not as easy to despise. What’s more, Trump has been vilified for the past four years, giving voters less of an excuse to admit they’re still voting for him.

This could be particularly true for Black and Latino voters, who may not want to acknowledge supporting someone they have been told they must oppose. Expect Trump to far outpace his pathetic showing among Black voters in 2016, particularly Black men. Prior to the pandemic, Black unemployment had declined to record low levels. Trump has also signed and promoted major criminal justice reform legislation, resulting in the release of thousands of prisoners, including many African Americans.

Moreover, the polls are not as bad as they seem for Trump. At this point before Election Day, Trump is, on average, polling behind Biden in battleground states by nearly the same amount he trailed Clinton in 2016. Trump is going to win many of those battleground states again.