Police Commission orders police personnel back to work or be dismissed 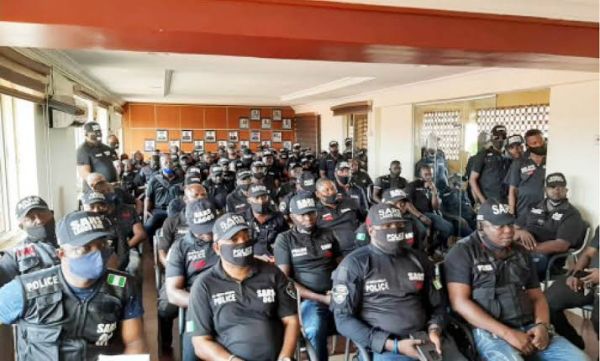 Police Service Commission has frowned on the refusal of some policemen to return to their duty posts following the killing of about 22 cops during the violence that broke out in the aftermath of the #EndSARS protests across the country.

PSC said Public Service Rules, which apply to members of Nigeria Police Force, prescribe dismissal for any officer that deserted his job, while admonishing them to put the killing of their colleagues behind them.

PSC stressed that policemen did not deserve to be killed and should in fact be protected as fellow human beings, but it however noted that the attack on them by hoodlums should not be an excuse for them to stay away from work.

PSC spokesperson, Mr Ikechukwu Ani, said the attacks on police were not good for the country “because when you make Nigeria lawless and ungovernable, there would be a situation nobody would be able to control.”

Policemen had stayed away from blackspots and their duty posts following killing of their colleagues by suspected hoodlums who hijacked the #EndSARS protests.

Riot policemen had also failed to respond to incidents of looting and vandalism of public and private property by miscreants in defiance of a directive by Inspector-General of Police, Mohammed Adamu, ordering them to reclaim the public space from hoodlums.

Senior officers had expressed fear for their lives, saying their security was not guaranteed hence their decision to stay away from work.

But Ani said while the loss of policemen was painful, it should not be an excuse for security operatives to abandon their job of protecting the nation.

“The police as public servants are guided by the rules; so, they cannot on their own say they won’t go to work. Although, Police Service Commission is also working to make sure they are protected because they are human beings; their lives also matter.”

The PSC spokesperson cautioned against further attacks on law enforcement agents, describing such incidents as an ill-wind that could lead to anarchy.

He added, “It would be an ill-wind that blows nobody any good but it is not a reason for anybody to say he won’t go to work. If you don’t go to work, the Public Service Rules will take its course.”

When asked if the Inspector-General of Police, Mohammed Adamu, had formally informed the commission about the loss of his men, Ani said he had not been briefed on it.

Section 030402 of the Public Service Rules lists absence from duty without leave as serious misconduct, which can be investigated and if proved, may lead to dismissal.

Meanwhile, Chairman of PSC, Mr Musiliu Smith, has urged police to rejig their anti-crime strategies, assuring officers and men of the Force of improved welfare.

He spoke on Thursday when he inspected some of the damaged police formations in Lagos State Command alongside some retired senior officers.

A statement on Friday by police spokesperson in Lagos State, Mr Muyiwa Adejobi, said Smith called for “thorough investigation into all the cases recorded during the crisis. He emphasised that officers and men of the command should take the ugly incident as one of the challenges and hazards of police job in a developing country like ours.”

IG charges officers to protect themselves against attacks

Meanwhile, the IG has asked policemen to protect themselves against attacks, saying they have the right to defend themselves in case of physical danger.

The IG stated this on Friday during an assessment tour of Federal Capital Territory Police Command, Abuja, where he also encouraged the operatives who had abandoned the streets for over five days to return to work

The IG on Friday commenced a tour of all commands across the country to boost morale of officers and men of the Force. He also visited National Youth Service Orientation Camp in Kubwa, which was vandalised and looted by some miscreants on Tuesday.

While addressing the policemen under the FCT command, Adamu alleged that the #EndSARS protesters were out to provoke and demoralise the police, noting that the Federal Government was fully behind the police and “will never accept for any police officer to lose his or her life.”

He added, “If the police are demoralised, criminals will take over the public space and we will not let that happen. No amount of insults and provocation will make us shy away from our responsibilities.”

He commended them for their professionalism and efforts to protect lives and property during the protests, noting that adequate compensation would be paid to the families of all policemen who lost their lives during the protests.

“When we talk of human rights, the police are human beings; so, the rights of police officers would also be protected. We are sending the message that legally, we have the right to protect ourselves but while we are doing that, we make sure we do that when we are endangered.”

The IG assured the policemen that government was committed to a holistic reform of the police, which according to him necessitated the establishment of the Police Trust Fund. He said henceforth, “everything a policeman needs to perform his duties will be provided.”

FCT Police Commissioner, Bala Ciroma, said the command experienced 16 major incidents during the protests, after which miscreants looted and vandalised public and private property across the city. He noted that the series of events led to the loss of 10 lives while some others sustained various degrees of injuries.