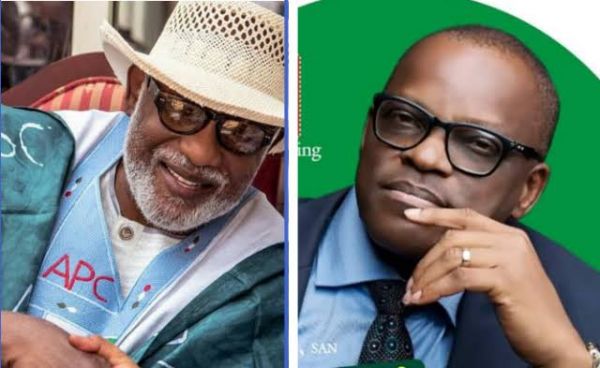 Governorship candidate of Peoples Democratic Party (PDP) in the October 10 governorship election  in Ondo State, Mr Eyitayo Jegede has challenged the victory of Govenor Rotimi Akeredolu of All Progressives Congress (APC) at the election petition tribunal.

Joined in the petition are the Independent National Electoral Commission (INEC), Deputy Govenor- elect, Mr Lucky Aiyedatiwa and APC. INEC had declared Akeredolu winner of the governorship election, having polled the highest number of lawful votes. Akeredolu, according to the results declared by INEC defeated Mr Agboola Ajayi of Zenith Labour Party (ZLP) and Jegede of PDP.

Not comfortable with the outcome of the election, Jegede, who was a Commissioner for Justice and Attorney General of the state, approached the election petition tribunal to seek redress.

Lead counsel to Jegede, Mr Ifedayo Adedipe, said Jegede is challenging the election on four grounds. He argued that the election was marred by irregularities, violence and intimidation of eligible voters.

However, he said Jegede’s action was in order as a democratic and constitutional way through which he could vent his displeasure with the outcome of the last election.