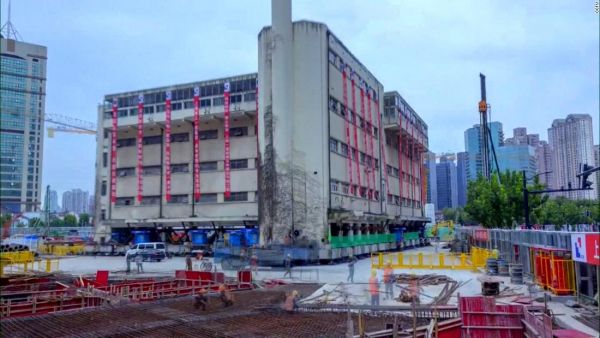 Shanghai residents passing through the city's eastern Huangpu district earlier this month might have stumbled upon an unusual sight: a "walking" building.

An 85-year-old primary school has been lifted off the ground -- in its entirety -- and relocated using new technology dubbed the "walking machine."

In the city's latest effort to preserve historic structures, engineers attached nearly 200 mobile supports under the five-story building, according to Lan Wuji, chief technical supervisor of the project.

The supports act like robotic legs. They're split into two groups which alternately rise up and down, imitating the human stride. Attached sensors help control how the building moves forward, said Lan, whose company Shanghai Evolution Shift developed the new technology in 2018.