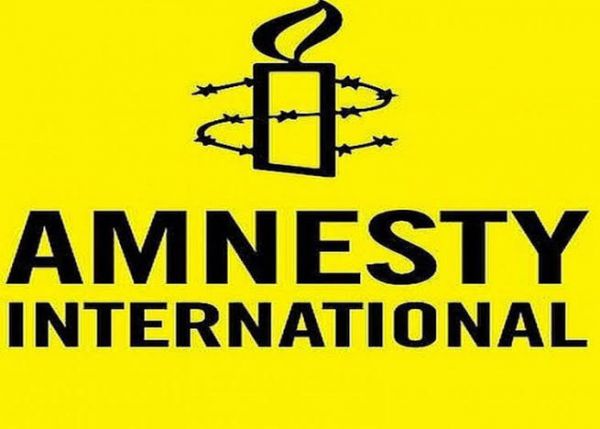 The global rights group, Amnesty International, has collated and released a timeline of the killing of #EndSARS protesters by soldiers at the Lekki tollgate, Lagos on October 20.

The AI said its crisis response experts investigated and verified social media videos and photographs that confirmed that security forces were present at the Lekki toll gate when the shootings occurred.

The evidence was published on the group’s website, Amnesty International Home on Wednesday.

Nigerian Bar Association and an activist, Mr Raphael Adebayo, in their separate reactions to Amnesty’s statement, reiterated their calls for the probe of the Lekki shootings.

NBA further advised government to stop denying the incident and  admit its error.

Youths calling for the scrapping of the Special Anti-Robbery Squad of the Nigeria Police had on October 8 begun protests in major cities across the country.

On October 20, the protests turned violent when soldiers shot protesters at Lekki.

Eyewitnesses said that eight dead bodies of protesters were taken away by the soldiers of 81 Division of the Nigerian Army .

The incident which was also live-streamed by a popular disc jockey showed the soldiers firing at the activists.

Lagos State Governor, Mr Babajide Sanwo-Olu, in his first reaction to the shootings blamed the incident on forces beyond his control.

Later in an interview with Arise Television, the governor denied inviting soldiers to quell the protests.

But acting Deputy Director, 81 Division Army Public Relations, Mr Osoba Olaniyi, in a statement on Tuesday, explained that the troops were invited by Lagos State Government to enforce the curfew it mposed on the state.

Efforts to get Chief Press Secretary to the Governor, Mr Gboyega Akosile, to react to the military’s latest claim did not succeed as he did not take his calls nor respond to a WhatsApp message from our correspondent despite viewing the text.

However, a top member of the Sanwo-Olu cabinet said the governor would not reply to the military statement.

“No, there is no need for a response. We are not reacting to it,” the official, who did not want to be quoted, said.

But the AI in a statement on Wednesday titled, ‘Authorities must stop attempts to cover up Lekki toll gate massacre – new investigative timeline,’ provided photographs and footage confirming that the military vehicles conveying the troops left their base, Bonny Camp at 6:29 pm for the tollgate.

It explained that the military vehicles were filmed leaving Bonny Camp on videos shared on social media.

The group further disclosed that footage also showed four vehicles with flashing lights in a convoy, “and they appear to be vehicles used by the Nigerian military and police.”

The statement further said the same vehicles headed east along Ozumba Mbadiwe Avenue and passed several international embassies and consulates, including the Japanese Embassy and the Australian High Commission.

The footage tracked the vehicles to the toll gate and showed the troops firing on the #EndSARS protesters at approximately 6: 45pm.

The statement read, “The Nigerian authorities’ must end their attempts to cover up the Lekki toll gate massacre. The timeline collates photographs and video footage to confirm that the Nigerian Army vehicles left Bonny Camp, a military base, approximately a seven-minute drive from the tollgate, at 6:29 pm local time on 20 October.

“Footage then tracks the vehicles to the toll gate. At approximately 6:45 pm, the Nigerian military opened fire on the #EndSars protesters who were peacefully calling for an end to police brutality.

“Further photographs and footage captured the vehicles arriving at the tollgate, before the peaceful protest was disrupted by men in military uniform and gunfire is heard.

“As night time descended, protesters continued to film and share videos of the shootings. Later in the evening, videos of the victims were also shared on social media.”

Country Director of Amnesty International, Osai Ojigho, said what happened at the Lekki tollgate had “all the traits of the Nigerian authorities’ pattern of a cover-up whenever their defence and security forces commit unlawful killings.”

She demanded identity of the officials who gave orders for use of the lethal force on the peaceful protesters, wondering why the security cameras at the plaza were dismantled.

Ojigho noted, “One week on, the Nigerian authorities still have many questions to answer: who ordered the use of lethal force on peaceful protesters? Why were the CCTV cameras on the scene dismantled in advance? And who ordered electricity being turned off minutes before the military opened fire on protesters?

“The initial denial of the involvement of soldiers in the shooting was followed by the shameful denial of the loss of lives as a result of the military’s attack against the protests.

“Many people are still missing since the day of the incident, and credible evidence shows that the military prevented ambulances from reaching the severely injured in the aftermath.”

AI further called on the authorities to bring to justice those behind the shooting and protect those who were exercising their right to freedom of assembly.

A leading member of the #EndSARS movement, Mr Raphael Adebayo, said Nigerians would continue to demand accountability for the attack on peaceful protesters by “paid thugs and members of the security forces.”

He noted that the AI report was one of many reports on the attacks, adding that those who participated in the demonstration had also provided accounts of the incident.

Adebayo said the government and the military have been giving contradictory statements, stressing that the youths would not give up until the truth on the incident is out.

On its part, NBA reiterated its call on the Federal Government to thoroughly probe the incident of the shooting of peaceful #EndSARS protesters by soldiers at the Lekki Tollgate Plaza on October 20,2020.

It also said government should stop denying the incident and admit its mistake.

NBA had at its National Executive Committee meeting held two days after the incident demanded an investigation to reveal the identities of the persons who gave the order for the attack, the soldiers who carried out the shooting as well as the slain and missing victims of the attack.

Requested by one of our correspondents to react to  Wednesday’s release by Amnesty International giving a timeline of the attack by the soldiers, NBA, through its Publicity Secretary, Raps Nduka, said the continuously changing claims of relevant authorities concerning the incident had further shown that there was the need for a thorough probe into the incident by the Federal Government.

Nduka said, “There is no doubt that something happened there that night.  You can see the denials and some admissions. The Army initially said there was no soldier at the scene of the shooting but later said they were called to intervene by Governor of Lagos State. The governor himself had earlier denied knowing anything about it.

He added, “You will recall that it was the disbelief that the protesters had in the government that made them to continue protesting despite the government’s promise to meet their demands.

“This going back and forth speaks volumes about the intention of the government as to whether they want to really deal with the issues.”

“We have come to a point where some narratives are being pushed right now to give an impression that nothing happened. They are saying that those who said that there were some shooting are peddling fake news. At the end of the day, we will be doing great disservice to our own people. There are things that should be admitted, then you look for the way forward – ‘This has happened; oh, there was  a mistake somewhere’, then we look for the way forward. When government acts this way, the people will believe what it says. But if we keep going back and forth, it speaks volumes about the intention of government and whether they actually deal with the issues that the people are raising.”