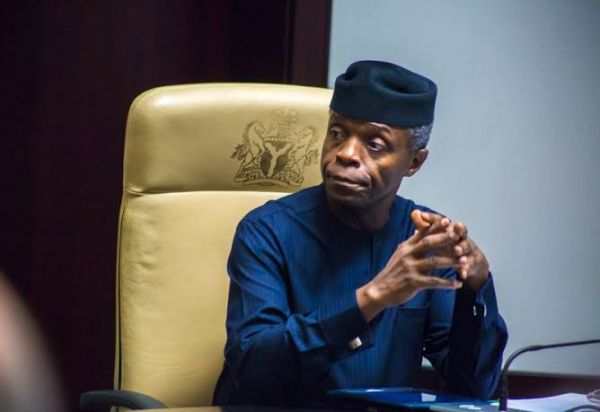 Vice President Yemi Osinbajo is leading a committee constituted on Monday at an emergency virtual meeting of the National Economic Council (NEC) to address the deeper issues behind the #EndSARS protests and their fallouts.

The decision was taken at the NEC meeting chaired by the Vice President and attended by Governors, Minister of the Federal Capital Territory (FCT), Mohammed Bello, Governor of Central Bank of Nigeria (CBN), Godwin Emefiele, Inspector General of Police, Mohammed Adamu, representatives from the Military, Directorate of State Security, and National Human Rights Commission.

The committee is to engage the youths, representatives of Civil Society Organizations (CSOs), religious and traditional leaders on employment, social safety net programmes and national unity among other key issues of concern.

Both Federal and State Governments are saddled with the responsibility of addressing the key issues behind the nationwide protests that led to loss of lives and property.

Members of the committee are governors of Sokoto, Borno, Niger, Ondo, Ebonyi, and Delta States, representing the six geopolitical zones.

The Committee which is to commence work immediately will develop a comprehensive framework under the auspices of the Council that would coordinate joint actions and steps to be taken by both the Federal and State Governments to examine the fundamental issues underlining the protests and arrive at effective solutions, including how to enhance Nigeria’s national security.

The council also lauded the Nigerian Police and security agencies for their handling of the disturbances in some States of the federation, stressing that most members of the Nigerian security personnel are law abiding and capable of restoring law and order in the country.