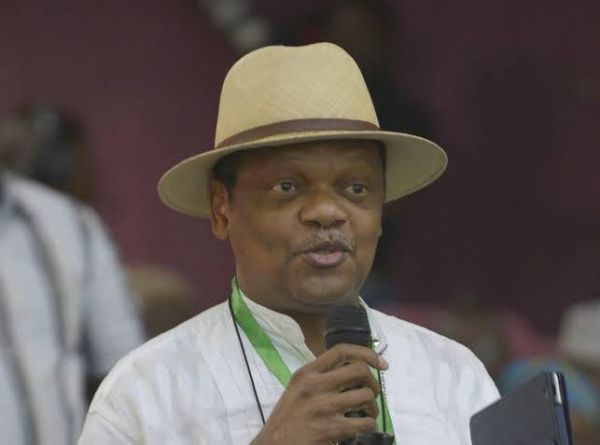 Chairman of non-profit organisation, ANAP Foundation, Mr Atedo Peterside, has said the financing of the peaceful #EndSARS protest was not an unlawful exercise.

In an interview with Arise News on Friday, Peterside stated that banks were not to respond to a civil protest by violating Nigerian laws.

According to him, it was unlawful to block accounts of any Nigerian or foreigner doing nothing illegal.

“I have a legitimate right to donate money to a political party. We cannot resort to lawlessness; that is rogue regulation. The people you should stop are those financing Boko Haram,” Peterside said.

The co-chairman of the steering committee of Agenda 2050 also expressed his hope for the agenda, especially with the recent Nigerian youth revolt.

According to him, the agenda with the main objective to lift 100 million Nigerians out of poverty within the next 10 years was for the youths and the future of Nigeria.

He added that with the Nigerian youths awakened, the nation could move forward.

Peterside said, “I think what happened on Tuesday, October 20, 2020, can be turned around because it was the event of that day that made those who had no interest in politics to wake up.

“The best time to build a nation is when the youths who are in the majority, they are at least 60 to 65 per cent, have been awakened.

According to him, the Agenda 2050 is more relevant now.

He urged Nigerian youths to become more politically active and to start mobilising to take over political power in 2023.

Peterside also advised social media influencers in the country to be cautious in their engagement with their followers.

He noted that their large followership came with responsibility and urged them to seek political knowledge and mentoring to lead their followers aright.