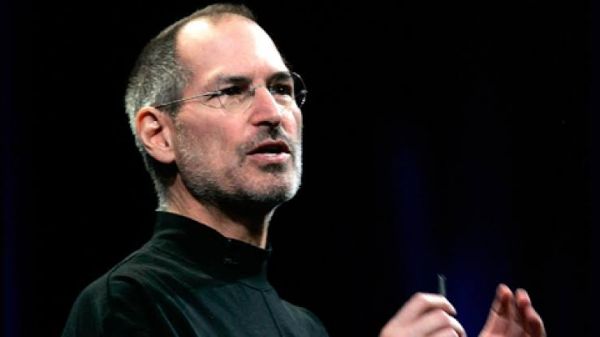 Co-founder of Apple screwed up big time, and often. But he left us with a profound lesson.

Steve Jobs achieved massive success as the co-founder of Apple, but he also was no stranger to massive failure.

Like the time Jobs was fired from Apple at the age of 30. Or how about the time he launched numerous product failures. Remember these? The Apple Lisa. Macintosh TV. The Apple III. The Powermac g4 cube.

He screwed up big time, and often. But there's a bigger lesson here.

What separates the doers from the dreamers?

Sure, we know we can't succeed without failing. But more importantly, we have to be braveenough to act in spite of our fears. And that's what separates the doers from the dreamers, according to Steve Jobs.

Pay attention to what Jobs shared in a 1994 taped interview conducted by the Santa Clara Valley Historical Association:

He's right. The fear of failing can paralyze us--cause us to do nothing and keep us from getting very far. Some causes include:

The good thing about the fear of failure is that it's entirely up to us to decide how to look at it. Perspective matters. We can choose to see failure as the worst-case scenario and toss in the towel, or as a learning experience that helps us to bounce back, grow, and become even better.

1 sure way to reduce your fear of failing

Facing failure head-on and embracing it is pretty courageous. But if you're not quite ready to make that leap, there is one sure way you can reduce the fear of failing: Squashing the negative dialogue in your head.

To quiet the voice of criticism, doubt, or fear, you have to catch negative thinking. Blaming yourself or believing you won't succeed is a recipe for passivity and depression.

So challenge the inner monologue in your head by reframing. For example, write down three alternative ways of viewing a situation. Go to work tomorrow and act as if at least one of those alternatives is correct.

Happiness and success are ignited when our inner environment is freed from negative assumptions. Countering destructive thoughts makes us better friends to ourselves and more desirable partners, colleagues, and coworkers.