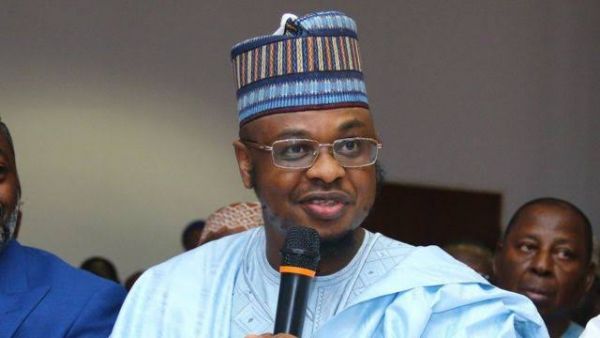 Federal Government has fully recovered some of its websites breached by a hacker group, Anonymous, Minister of Communications and Digital Economy, Mr Isa Pantami has said.

Anonymous announced on its Twitter handle last week that it had hacked into websites of some Nigerian agencies in solidarity with the now-suspended #EndSARS protest.

Economic and Financial Crime Commission (EFCC), Security Exchange Commission (SEC), and some other agencies as well as some private companies have reportedly had their websites hacked into by the hackers.

Apart from EFCC, which announced a breach to its website, other agencies and companies kept mute about it.

But speaking at a 1st Annual Digital Nigeria Day in Abuja on Saturday, Pantami admitted that some agencies actually had their websites comprised.

The minister however added that all the compromised websites had been recovered fully from hackers’ control.

“Recently, some government agencies had their websites compromised. But I am happy to tell you that we have recovered all of them fully.

“On my instruction, NITDA and NCC worked almost round the clock last week to rectify the situation and ensure that no vital data was compromised. And I am happy the websites are back and running now”, he said.

He said in collaboration with the Office of the National Security Adviser (ONSA), the ministry and its agencies were fortifying the nation’s IT security wall.

“Details of what exactly we are doing can not be made public,” he said.

According to him, plans are presently on to establish National Centre for Artificial Intelligence (AI) to take Nigerian youths a step ahead in their ICT carriers.

Pantami said he was currently briefing President Muhammadu Buhari on the establishment of the centre.

The minister also disclosed that the National Policy on Digital Innovation would also come on stream in December.

The policy, he said, would aid industrialisation and entrepreneurship in the country.

While reeling out the achievement of his ministry and its agencies in the last one year, Pantami said the broadband penetration level had risen to 44 % from 30% within a year.

“All things being equal, if we keep the pace we are going with, we shall reach 90% in the next five years”, he said.

On patronage of local ICT products, the minister said the patronage had risen to 500% within a year.

No ministry or agency procures foreign ICT products again unless such products are not available in Nigeria, he said.