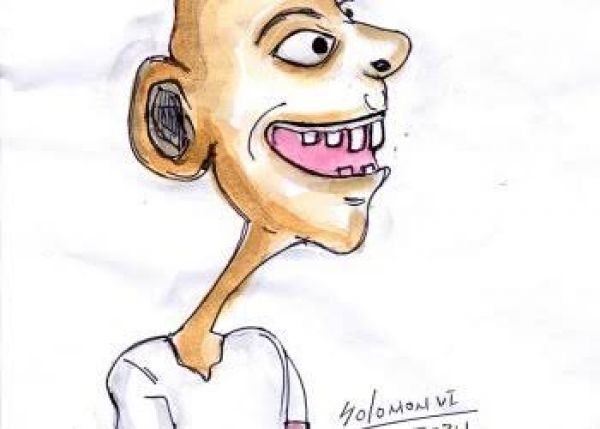 When he was asked to summarize the two days that shook Nigeria to its foundation, Baba Lekki, the old Yoruba sage and philosopher of antiquity,  responded with a gnomic Yoruba barb straight out of the ancient corpus: “It was the day the devil drank water”.

For two days, the devil drank water and something more deadly and deathly indeed. Having finally reached Lagos after a twelve hour odyssey on the Lagos-Ibadan Express last Sunday, snooper thought it was going to be the revolution as a carnival. At a point after the Redeem Church, vehicular movement was at a complete standstill for about four hours.

Yours sincerely had thought it was due to the perennial nuisance of road construction. After literally crawling upon the scene of disturbance, one was shocked to find out that it was not road construction at all but an on -going stomach infrastructure rehabilitation by urchins and other waste products of a system designed to inflict maximum punishment on humanity.

From Mowe all through to the outskirts of Ojodu Berger, they had erected makeshift tollgates where commanders-in-thieves were collecting tributaries. Sometimes motorists were shunted aside to footpaths by good Samaritans only to discover that it was all in the attempt to streamline toll collection.

At Arepo a big party was going on right there on the Express with food, drinks and other unmentionable accessories of social commotion being freely distributed. The monster loudspeakers boomed and blared as the upheaval took on a carnivalesque colour. It was so surreal and straight out of an old Desmond Decker classic known as “Shanty Town”. One can imagine the plight of motorists going out of Lagos.

It was at that point in time that one came to the sad conclusion that the revolution was not going to be a carnival. Even sadder still was the reality that whatever the noble intentions of the original protesters, the whole thing was about to be hijacked by hoodlums and sundry miscreants. These social misfits who are products of an uncaring society lack the mental and material capacity for self-organization and will always latch on to any salvation train with cynical alacrity.

Baba Lekki was in his elements. As the cloud of murder and mayhem descended on the Lagos metropolis, the old codger was sighted around the Ogombo perimeter distributing what he claimed to be the last testament of a political primate, a testament which took political libel to a new level of infamy.

But rather than disappear the old man was seen the next day at a warehouse in Agege overseeing what he called the re-routing and re-directing of palliatives. At a point, the old contrarian was spotted at Ilasamaja carrying two hefty goats. Shortly thereafter, the two goats were seen on Layi Oyekanmi Street jointly carrying the old man.

Shortly after this and bent on exacting retribution for what he considered an infraction of his credentials by journalists, the old crook headed for Agidingbi to address a press briefing.

“Gentlemen of the imprest!!” the crazy old man began with icy disdain and to widespread murmurs of disapproval from the journalists. “But we are not gentlemen of imprest. We are members of a honourable profession. We are gentlemen of the press”, one of them moaned in correction.

“You are not gentlemen and you are not journalists. You are all petit-bourgeois crooks and shameless scribblers of scurrility. If I have my way I will put you all to better use on farm settlements”, the old man thundered as a loud explosion sent everybody scrambling for safety.