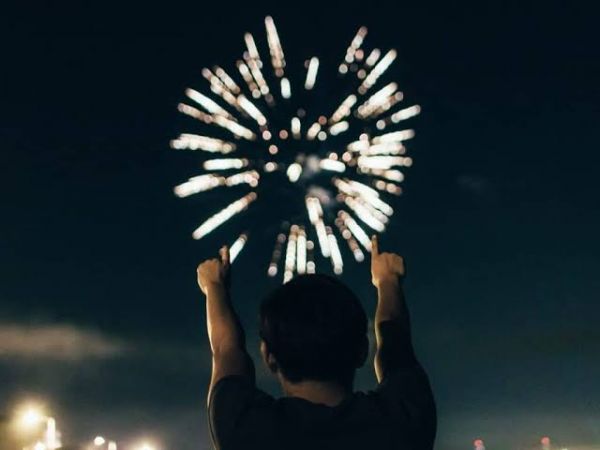 It's all about preparing the other person to expect your compliment, and framing it in the right way.

What if I could show you how to improve the way you give compliments, and create truly memorable moments for the objects of your praise, simply by framing your words a bit differently?

I discovered this technique by accident years ago, and I've spent quite a bit of time considering and researching how it works. Its roots are grounded in a simple truth of psychology and emotional intelligence that I think we all understand.

The framing works quickly, and it comes down to preparing your audience to do two things: first, to pay attention to what you're about to say, and next, to expect that your message will be a true and positive reflection on them.

The easiest way to remember to do this is to learn to give praise by starting with a short, simple, focus-shifting preamble.

For example, you might use a variation of these six words: "You might not know this, but..."

It also implies that you're about to share new knowledge that the other person isn't aware of yet. And, the inclusion of a difference-indicating conjunction ("but") suggests that the information will contradict a previous assumption.

Overall, it establishes that whatever comes next isn't just about something you want to share. Instead, it's about the other person's perception of reality.

It's other-centered, rather than self-centered.

Now, we're only talking about the preamble, so far. And I know we've squeezed a lot into it. However, whatever follows is equally crucial. It has to be both positive and truthful.

So consider these sample iterations:

"You might not know this, but people really appreciate how calm you can be in a crisis."

"I'm not sure if you appreciated your impact, but your comments in the meeting last week reassured the whole team."

"I hope you didn't think you were alone; when you asked that question in class, you spoke for everyone."

"You're never going to believe this, but I took your advice and it worked out."

"Would it surprise you to know how much the newer people on the team talk about you as a role model?"

I'm making these examples intentionally broad, and mixing up the preambles, of course.

But, I think you can see how it works -- and how phrasing a compliment or positive feedback like this makes it a lot more powerful than simply offering praise as a declarative statement.

It also illustrates that the substantive compliment has to be authentic and truthful for this to work.

For example, if somebody were to say to me: "Bill, you may not know this, but people think you're a really great dancer," I would be skeptical.

I mean, I know that I'm simply not a very good dancer. It's kind of comical, actually.

Now, as I mentioned above, the irony for me is that I stumbled across this technique purely by accident.

Back when I was practicing law, a more experienced attorney taught a class for the newer lawyers. She really knew her stuff, and the advice she gave -- including some fairly technical intricacies of tax law and civil procedure -- saved my greener colleagues and me a lot of time and frustration.

Afterward, I remember wondering why this gifted speaker hadn't been promoted into a true leadership role. I also thought: Wait, does she actually know how helpful this was? Does anyone give her feedback?

We had hardly spoken before, but when I bumped into her later, I said something like: "I don't know if anyone ever tells you this, but your presentation was great. It taught me and the other new lawyers quite a few things that made life a lot easier for us."

That conversation sparked a bit of a work friendship and mentorship. And maybe a year or two later, I remember she said something reciprocal to me, like:

"You might not have understood the power of your words, but when you complimented my presentation that day, I really needed to hear it."

Now, I'm certainly not saying that this is the only way to phrase a compliment, or that other ways are wrong, or that it always has the kind of memorable impact that will leave you thinking about it years later.

But I know that the preamble played above its weight in both cases, and I've been tuned in ever since to observe it in action again.

It's a reminder that whether it's hard-wired, or learned insecurity, most of us are predisposed to seek out information about how others perceive us. So, framing compliments like this can increase their effect, while also reminding you to be other-centered in your interactions where it's beneficial to do so.

In other words: You might not have known this, but your opinions are valuable to other people.

And when you phrase them correctly, they can stick with them in a positive way, for a very long time.