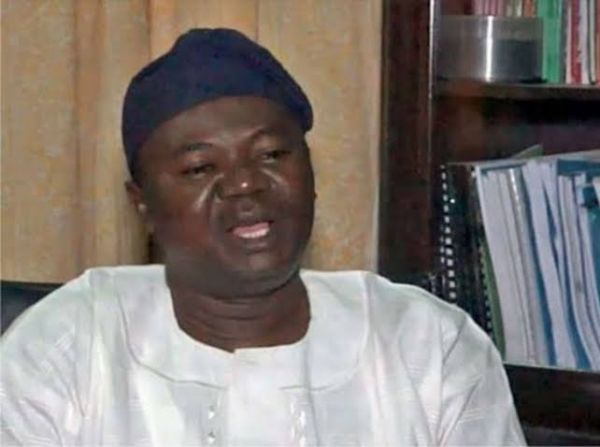 Academic Staff Union of Universities (ASUU) has proffered solutions to the ongoing crisis resulting from attacks on #EndSARS protesters.

Not less than 38 people lost their lives violently across the nation on that day alone, while many sustained injuries, data from Amnesty International, an international rights organisation, shows.

While Lagos State Government promised to investigate the Lekki killings, President Muhammadu Buhari failed to mention anything related to the shooting in his nationwide broadcast on Thursday.

Meanwhile, in its reaction released on Friday evening, the body of lecturers said it was shocked to receive reports of violent attacks on protesting youth under the aegis of #EndSARS.

According to the statement released by the group’s president, Mr Biodun Ogunyemi, the repression and killing of any citizen for exercising the constitutionally guaranteed rights to protest is unjustifiable and criminal.

“We call on the federal government to get to the roots of the crisis and ensure that justice is done and seen to have been done to all victims of the descent into brutality and murder. ASUU fully identifies with Nigerian youth in exercising their constitutional rights to freedom of expression, peaceful assembly and non-violent protest.

“Cumulative reports attest to the reckless, unguarded, and anti-people activities of the now-defunct Special Anti-Robbery Squad (SARS) arm of the Nigeria Police Force. From all indications, SARS had become an instrument of oppression intimidating, extorting and killing innocent youth and cities on trump up charges. Those who survived the SARS experience tell gory tales.”

Ogunyemi further said the name-change of the killer-organisation (SARS) to Special Weapons and Tactics (SWAT) is not enough to erase the deep-rooted impression of betrayal by a security outfit supported with taxpayers’ money.

“It will certainly not end the cruel murders widely perpetrated by SARS now changed to Special Weapons and Tactics (SWAT). ASUU notes with regrets that Nigeria has not grown beyond the conquest subjugation orientation of colonial rule evident in police and military brutalisation of the civilian populace.”

He described the breakdown of law and order and protest against police brutality as a challenge to those who hold political power to urgently and rightly address the core issues of poverty, homelessness, unemployment, poor education, and lack of access to social services such as adequate healthcare, good roads, housing, and electricity for the majority of Nigerians.

“The youth are carrying the burden of resistance, a burden which they have taken on behalf of other classes of the Nigerian society.

“The labour movement, the professional groups, the peasant farmers, the artisans, and the intellectuals must defend the rights of the people as guaranteed by the Constitution as the youth have done with the peaceful protest. It is a challenge to all those who want genuine change in Nigeria.

“We must intervene in a manner that brings lasting impact, lest the genuine struggle of our youth is hijacked by self-seeking opposition politicians and miscreants as already happening. The future of the young people in Nigeria is threatened.”

Reeling out the solutions, he urged the federal government to lead the way in restoring peace and justice in Nigeria.

Ogunyemi advised that security operatives must be stopped from the “senseless killing of armless youth protesters while infiltrators must be brought under check through active intelligence.”

He also demanded the implementation of the five-point-demands of the protesters including justice and adequate compensation of victims’ families.

“For obvious reasons of past betrayal, the youth are right to insist on seeing evidence of how well government has met their five-point demand – immediate release of all arrested protesters, justice for all deceased victims of police brutality and appropriate compensation for their families, setting up an independent body to oversee the investigation and prosecution of all reports of police misconduct, psychological evaluation and retraining of all disbanded SARS officers before they can be redeployed, and increase police salary so that they are adequately compensated for protecting lives and property of citizens.”

These, according to the ASUU President, can only happen with continuous engagement and not by deployment of trigger-happy military personnel.

ASUU, however, commiserated with the families whose children and wards died in the course of the #EndSARS protest nationwide.

“We equally empathise with youth and other citizens who are still nursing various degrees of injury, and we wish them full and speedy recovery. In the immediate, government should take measures to fish out the culprits and bring them to justice without further delay in order to calm all frayed nerves.”