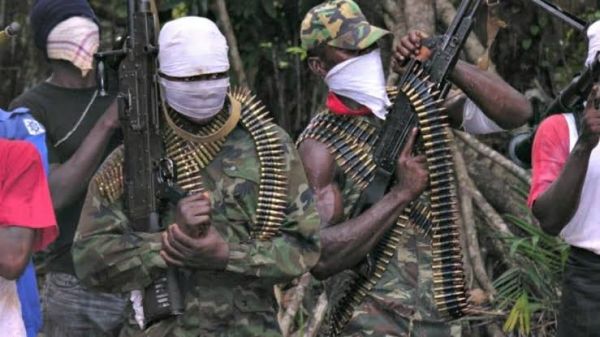 At least 20 people were on Tuesday killed by gunmen in Tungar Kwana village in Talata Mafara local government area of Zamfara State, residents and police said.

According to eyewitnesses, the armed men arrived the community on motorbikes after blocking the community’s entry and exit points before unleashing terror on the defenceless residents.

“It was a well planned and coordinated attack; they also stole many livestock and escaped to the forest,” a resident said pleading anonymity for security reason.

The resident alleged that the attack was in retaliation for the massive ongoing onslaught by Nigerian security forces against the armed bandits in their forest enclave.

Emir of Talata Mafara, Bello Muhammed, led the funeral prayer for the victims on Wednesday morning. Many residents have reportedly deserted the community in fear, with those left behind appealing for the deployment of more security personnel to the area.

Zamfara police spokesperson, Mohammed Shehu, confirmed that 20 people were killed by bandits who see the rural residents as informants for the security agencies.

“The gunmen see the villagers as a soft target to avenge the ongoing offensive against them. The area is calm as more security personnel are deployed, and the criminals would be arrested to face the weight of the law,” the police spokesperson said.