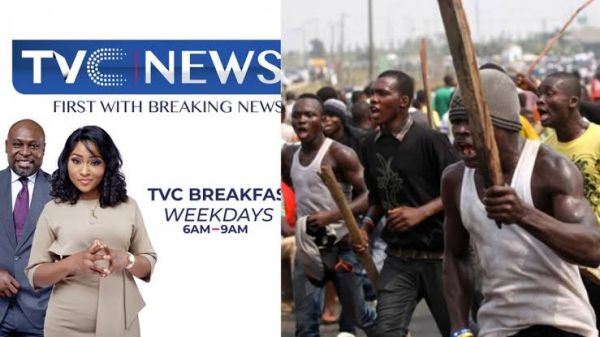 Staff of Television Continental, a private television station on Ikosi Road, Lagos, have cried for help as hoodlums have reportedly set the station on fire.

The station is linked to a former governor of the state, Bola Tinubu, who is a national leader of the ruling APC.

A reporter with the station confirmed the development. The source said parts of the stations is already up in flames while journalists and other workers on night and early morning duties are currently trapped.

“Yes, I can confirm it. Cars within the compound are already on fire and parts of the station are in flames. Our popular morning programme “Your View” that was ongoing before the attack is already off air. Please pray for our colleagues who are trapped and taking cover in the compound,” the source said.

Videos of the scene shot by neighbour’s of the station are already in circulation.