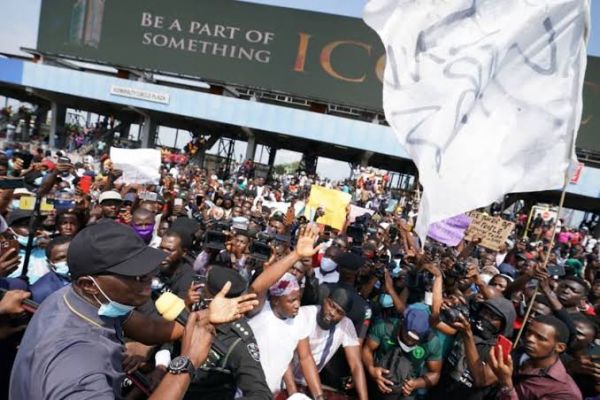 Nigerian soldiers have continued to shoot at peaceful protesters at the Lekki-Epe expressway in Lagos after the massacre last night at the Lekki toll gate.

In a live video circulating on social media, protesters said the soldiers have continued to fire at them even as they run for their lives.

The video also shows a protester who was hit by a stray bullet and was being rushed to the hospital.

The protesters have urged Nigerians to reach out to international bodies for support for Nigerian citizens whose fundamental rights to protest and demand for change is under assault.

Many protesters were killed on Tuesday by the soldiers at the Lekki toll gate.

Multiple clips captured by citizens show the moment soldiers opened fire on the protesters and terrified citizens crouching and screaming as gunshots rent the air.

Some churches also opened their doors to protesters to pass the night.