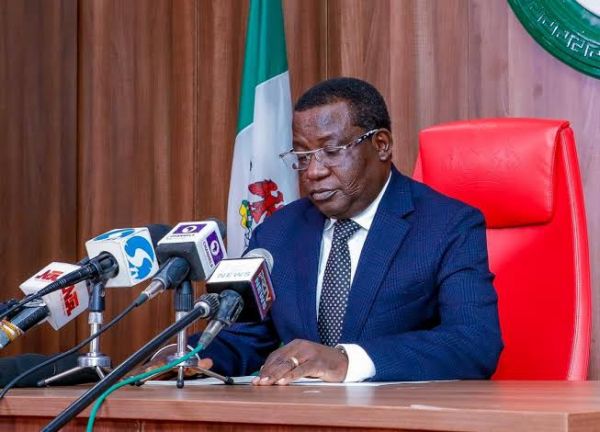 Mr Simon Lalong, the governor, made the announcement on Tuesday.

He said the decision was made following the violence that occurred during the #EndSARS protests in the state which, led to the deaths of three people.

For nearly two weeks, Nigerians have protested against human rights violation by members of the special anti-robbery squad (SARS), a unit of the police force which was recently dissolved.

Despite the disbandment of SARS, Nigerians have continued to protest. The protesters are demanding investigation into cases of police brutality, compensation for victims, persecution of erring police officers, among others.

But while the protests have remained peaceful in some areas, there have been breakdown of law and order in some places.

Lalong said the protest has led to the destruction of properties, cars and looting of business as well as the burning of a place of worship.

“Based on this scenario, I summoned an emergency Security Council Meeting to evaluate the situation and take decisive actions to stop further escalation,” the statement read.

“Having received briefing from security agencies and after a careful assessment of the situation, Government is left with no choice than to impose a curfew to stop further loss of lives and properties.

“Accordingly, I have directed the imposition of a 24-hour curfew in Jos South and Jos North Local Government Areas with effect from 8:00 pm today Tuesday, October 20, 2020 till further notice. By this directive, all forms of protests are hereby banned in the two Local Governments Areas of Jos North and Jos South.

“Furthermore, all public and private businesses are to shutdown activities immediately while parents are strongly advised to rein in their children, youth and wards to forestall further breakdown of law and order. Only those on essential services will be allowed to move around to their duty posts.”

The governor said security agencies have been directed to enforce the curfew, adding that defaulters will be arrested and prosecuted.

He called on protesters to adopt dialogue and pursue justice through the judicial panel of inquiry established to investigate cases of police brutality and other related extra-judicial killings in Plateau.