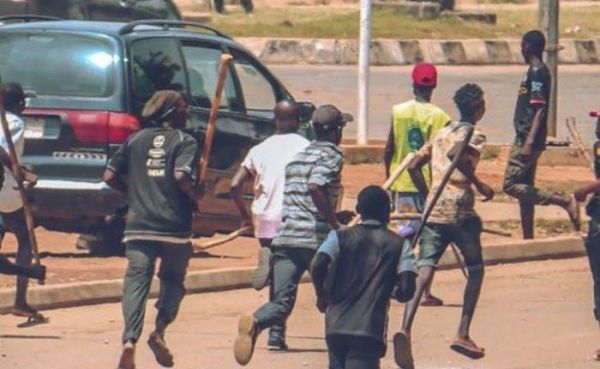 Five journalists and several others sustained injuries on Tuesday after suspected hoodlums dispersed the #EndSARS protest staged by some youths at the outskirts of Gombe metropolis.

The unidentified youths gathered at Tumfure area of the metropolis, near Rainbow Roundabout at about 10am, calling on government to end police brutality, insecurity in the country and provide good governance.

However, while waiting for some of their colleagues to arrive at the venue, some suspected hoodlums surrounded them asking them to leave the place and cancel the planned protest.

According to witnesses, when the protesters refused to vacate the place, the hoodlums armed with cutlass, machetes and sticks started beating them, seized and destroyed their mobile phones.

Other journalists, Shola Shittu of The Nation Newspaper, and Chika Udenko of AIT, were beaten to pulp by the hoodlums, before they were later rescued by some passers-by.