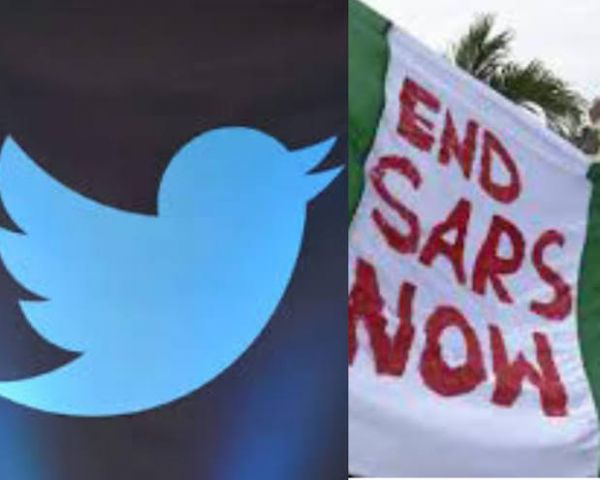 A businessman, Mr Adamu Garba, on Tuesday, instituted a 1 billion dollars suit against the Chief Executive Officer (CEO) and Founder of Twitter International Company, Jack Dorsey, at the Federal High Court, Abuja, over alleged sponsorship of the ongoing #EndSARS Protest across the country.

Garba, in a suit number: FHC/ABJ/CS/1391/2020 filed by his Lawyer, Abbas Ajiya, urged the court to direct Mr Dorsey to stop the operation of Twitter International Company in any part of Nigeria.

The case is yet to be assigned to a judge.

The applicant sought the court “DECLARATION THAT the mode of sponsorship and protest of the ENDSARS protest by the 8th to 10th Respondents is illegal, unlawful and a violation of the Applicant’s fundamental right to liberty, dignity of human person, freedom of movement and economic right guaranteed and protected under Sections 34(1), 35(1), 41(1) and 43 of the Constitution of the Federal Republic of Nigeria, 1999 (as Amended).

“A DECLARATION THAT the 1St to 6th Respondents have the constitutional and statutory duties to protect lives and property of citizens and ensure the existence of peace and order in any part of the territory of the Federal Republic of Nigeria as provided under Section 5(1)(a) & (b) of the Constitution of Federal Republic of Nigeria, 1990 (as Amended)

“AN ORDER OF PERPETUAL INJUNCTION restraining the 8th to 10th Respondents whether by themselves or by their officers, agents, servants, privies and/or otherwise however called from further sponsoring and staging the ENDSARS Protest or any protest in any other manner, howsoever described that infringes on the Fundamental Rights of the Applicant (Adamu Garba) as guaranteed by Section, 34(1), 35 (1) and 41(1) of the 1999 Constitution and Articles 1, 2, 3, 4, 5, 6 and 12(1) of the African Charter on Human and Peoples Rights (Ratification and Enforcement) Act, Cap. A9, 2004.

“AN ORDER of this Hon. Court directing the 1St to 6th Respondents to take measures to stop the 8th to 10th Respondents from further sponsoring and carrying out the ENDSARS Protest using force that is reasonably appropriate in the circumstance of the Protest.

“AN ORDER Directing the 7th Respondent to stop the operation of Twitter Int’i Company in any part of the territory of the Federal Republic of Nigeria.

“AN ORDER directing the 8th and 9‘h Respondents jointly to pay the Applicant the sum of 61 Billion USD (One Billion US Dollars) as damages.”