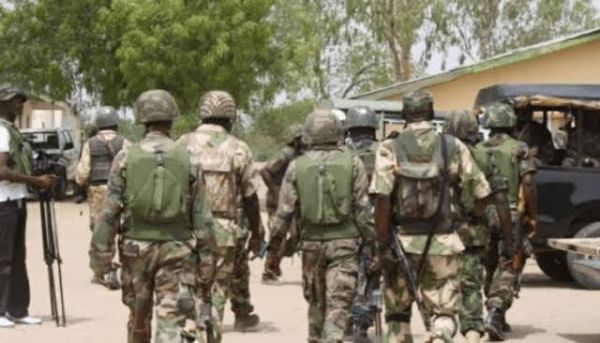 The deployment began around 10 pm on Sunday barely days after the military high command announced that it would commence the ‘Operation Crocodile Smile’.

While policemen cordoned off parts of the Three Arms Zone, Ralph Shodeinde Street, soldiers were stationed at strategic parts of the Goodluck E. Jonathan Expressway through AYA Roundabout to the headquarters of the Central Bank of Nigeria.

The heavily armed soldiers, many of whom were wearing black face masks, barricaded sections of the expressway.

The #EndSARS protests, aimed at stopping police brutality, have been raging in different parts of the country for over 10 days.

The protests have continued despite the disbanding of the Special Anti-Robbery Squad which was accused of perpetrating most of the extrajudicial killings.

The protesters are known to cordon off major roads, causing traffic congestion.

While the protests have been largely peaceful, Amnesty International says at least 10 persons have been killed as of last Wednesday.

The killings have largely been perpetrated by thugs believed to be loyal to the government and security personnel.

Minister of Information and Culture, Mr Lai Mohammed, had said on Saturday that the government would no longer fold its arms while the protests continue.

The United Nations had on Thursday said it was studying the situation closely.