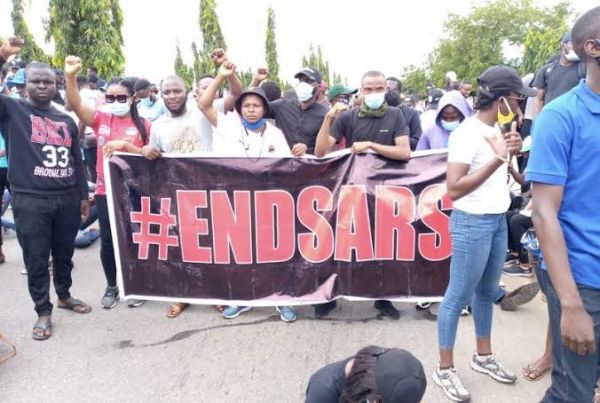 Police have fired tear gas at #EndSARS protesters in Abuja.

The protest, which began nearly two weeks ago, seeks an end to police brutality in the country.

At least 12 people have been killed across the country and police authorities last week warned against the use of force against protesters.

One of our correspondents said demonstrators came under attack at about noon Monday as they marched through the streets of Abuja.

A video shows protesters running from a plume of gas fumes.