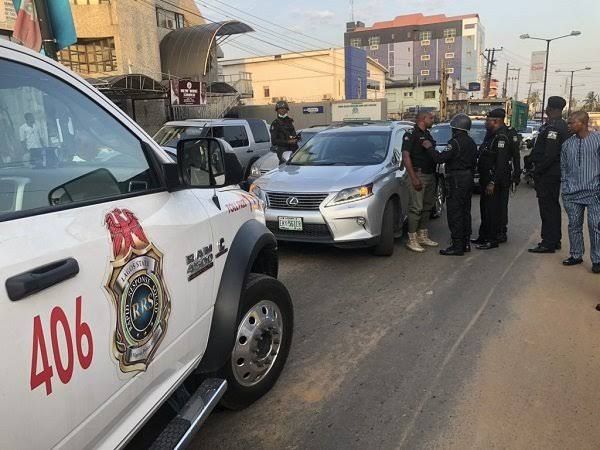 The attack occurred at Herbert Macaulay way, Yaba area of the state.

There has been an outbreak of violence in some parts of the country amid the ongoing #EndSARS protests.

According to a witness, the thugs attacked the security agents on the assumption that they were deployed to stop the protests.