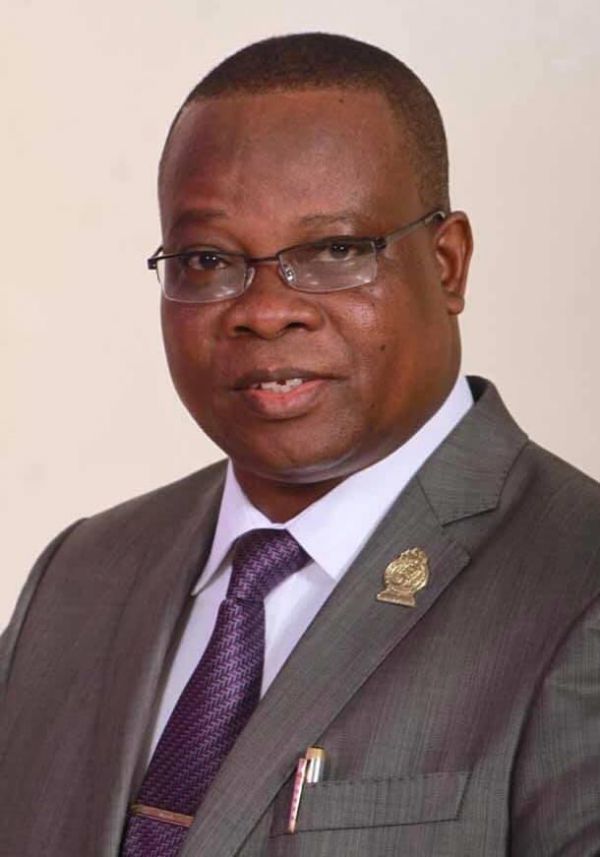 The entrenched realities of the present day Nigeria make it compelling to express some personal views on the ongoing #EndSARS protests.

Over the past few days, I have observed with keen interest, the calls by many Nigerians across the country, for, among other things, an end to police brutality and a comprehensive reform of the Nigerian Police Force, emblematised by the hashtag #EndSARS.

Never before have I seen youths in this country present such a united front on any social or political issue, and this must tell us all something — the ongoing protests represent a cry of the youths; a chorus of agony fuelled by the countless traumatic experiences inflicted on our youth by those who have been entrusted with the duty of serving and protecting them.

This trauma of our youth is one that we cannot ignore. From what I have seen, read and heard, it is clear that their pain runs deep, and as a nation, we cannot but lend our ears to hear, and our hands to act — because, a nation that stands by watching the torture of its future is doomed to reap the proverbial whirlwind in abundant measure.

Moreover, to my mind, #EndSars is not only a protest  on a narrow issue but an appropriate and incontrovertible response from a generation that is growing up under peculiar and unusually stressful circumstances. The Nigerian youths have been subjected to situations that could  only lead to despair and frustration. It is only the strong hearted amongst them that can dare to see a light in the bleakness of the contorted future bequeathed to them by our own generation of leaders.

Back in the days, when people of my generation were youths, hope was fresh and achievable. Aspirations, tailored by moderation and morality, were within reach. The system, both in the formal and informal sectors, was favourable to growth. Infrastructure were reasonably available, or at least sufficiently commensurate to the population indices. Yes, then it was not a bed of roses, but it was certainly not the putrefying decadence that we have now.

Right from the homestead, to our educational system, the odour of rottenness is no longer nauseating to many because it has become so pervasive, commonplace and familiar. And this is the narrative in almost every aspect of life. Hence, with police brutality especially targeted at the youths, the horror picture of a meaningless life to which the young ones are condemned becomes complete.

People of my generation in particular should all take this as a sign of failure, our failure; ineptitude, our ineptitude; as adults, as leaders. It is a woeful result of the selfishness and aggravated vices of the people we foolishly give the power to lead us. It is a clear evidence of our lack of insight and foresight. This is unfortunately our legacy for which we shall forever be remembered by these traumatised youths, unless something is done about it promptly and dramatically.

Some of the rather unsympathetic reactions I have seen on this matter bring to mind the biblical ostrich in Job 39:16 who is “hardened against her young ones, as though they were not hers: and spared no thought for them because she lacks understanding.”

Nonetheless, there is always room for mercy for everyone who soberly acknowledges his faults and is genuinely willing to repent.

The #EndSarsEndPoliceBrutality movement looks like a sign that our turnaround is here and our God is about to show us mercy after 60 years of self inflicted oppression. And, I believe He is raising by His grace Nehemiahs and Ezras among our children to build up the ruins and restore the spirit of excellence which shall become the hallmark of our great nation in Jesus name. Amen.

As such, I enjoin all stakeholders to see the protests, not as “police versus youths”, but instead, as Nigeria’s future fighting for its very soul.

I love and respect our security services, and appreciate the work that they do. I also recognise that they are also, in some respects, victims of a broken system that is the inevitable product of decades of poor governance.

In particular, I call on our leaders of today to take decisive, meaningful action to protect our leaders of tomorrow. Cosmetic changes will simply not suffice anymore; real changes must be made and justice served where due.

For instance, replacing the name of a malaise with another is a lame and  childish way to solve a problem as institutionalised and entrenched as the police brutality and extra judicial killing.

To our youths I say: don’t stop  speaking, and loudly too, for the shouting side is always the victorious side!

I also enjoin all well-meaning Nigerians to join our youths in speaking up, and demanding real reform of our security services as well as other areas of our public life, that will usher in a new era of accountability, transparency and orderly justice.

At this point, I use this medium to express my highest wishes for the repose of the souls of young men and women who paid the supreme price in the course of the struggle, and to offer some prayer for fortitude in the families and friends they left behind.

In particular, I pray for strength for our youth as they tenaciously trudge with persistence to salvage their dignity and indeed the glory of our nation. I also pray for wisdom and sense of direction for our political leaders. May the Lord of hosts help our great nation, Nigeria, in Jesus Name. Amen.