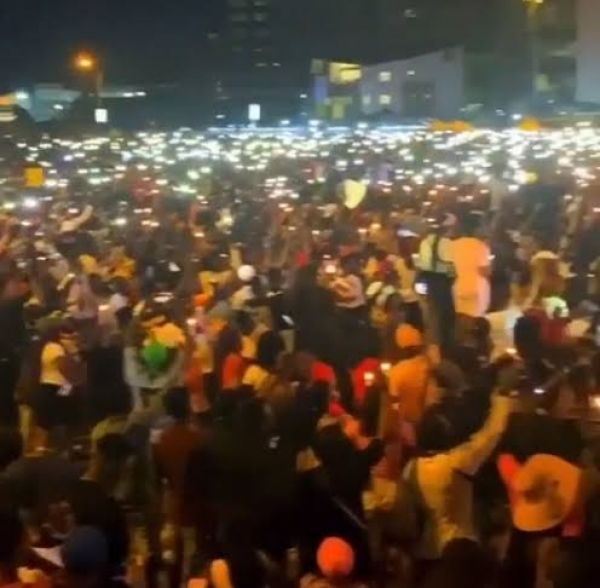 There was gridlock on Third Mainland Bridge on Friday after youths protesting against police brutality partially shut the Iyana-Oworo-Oworonshoki section of the bridge.

#EndSARS protesters arrived at the bridge a few minutes to 6pm.

Apart from the gridlock, many passengers were stranded.

A commuter told our correspondent that the protesters’ action led road users to drive against traffic.

“We had to pass one way because of the protesters. There was a serious gridlock. I spent almost two hours on the same spot,” the commuter said.

Also, the protesters held a candlelight procession for victims of police brutality in the country.

The candlelight procession held at Lekki toll gate and Alausa.

It was learnt that the procession held in Abuja and other parts of Nigeria.