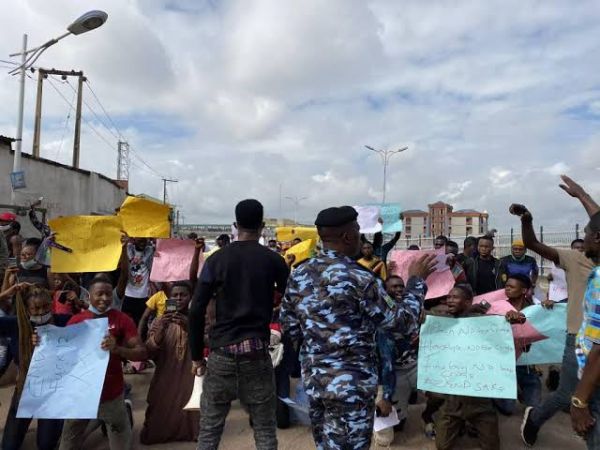 Abeokuta, Ogun State capital, was on Friday grounded by thousands of youths in continuation of #EndSARS protests in the state.

The protesters had converged at NNPC Junction leading to the government secretariat and Abiola way in the early hours of Friday.

They blocked major exit roads in the state capital, leaving hundreds of motorists travelling outside the state stranded.

Many government workers trekked down to their offices at Oke-Mosan as the protesters prevented people from getting to their destinations. School children were also affected by the protest.

The protesters also blocked the Ibara roundabout at Panseke area of Abeokuta.

Speaking to our correspondent,  Mr Morounfolu Adeniyi, one of the protesters, said their demands included halting use of force against protesters and unconditional release of arrested citizens who were unlawfully arrested.

“Other demands include justice for the victims of police brutality, including payment of compensation.

”The EndSARS protesters forum agrees to the setting up of  Independent Panel by the National Human Rights Commission within the next one week, and the psychological evaluation of policemen before redeployment including increasing their salaries,” he said.