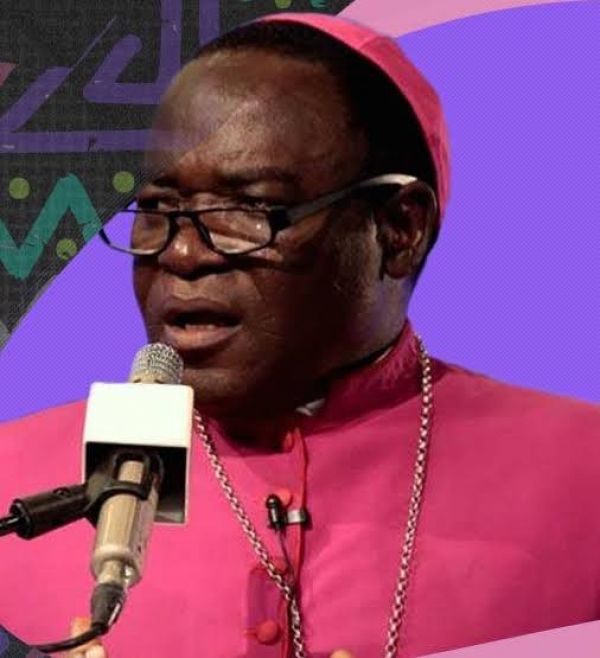 Catholic Bishop of Sokoto Diocese, Matthew Hassan Kukah, has passed a damning verdict on Nigeria’s federation, saying that the nation’s unity is hopeless and under threat. In this interview with Saturday Sun, Kukah said Nigerians’ sense of national unity has never been more under threat than it is now.

While saying it was time to pause and examine the state of the country’s union, Kukah further said the examination was  necessary because he was very afraid of the future of the country.

His words: “Our sense of national unity has never been more under threat than it is now and what I am saying is the thinking of majority of Nigerians across the land, including members of the ruling party. There is no need looking for a way forward until you know where you are first and we are in a bad hole. To move forward with digging is a disaster. It is time to pause and examine the state of the union because I am very afraid of the future.”

The former Secretary-General of Catholic Secretariat of Nigeria (CSN), while lamenting the unfulfilled promises made to Nigerians by President Muhammadu Buhari, said: “the Chibok girls are not home, Leah Sharibu has not been accounted for, the Boko Haram fight has become an enterprise, the military is demoralised and so on.”

The Convener, National Peace Committee, also spoke on the just concluded Edo State governorship election, Ondo State gubernatorial election, maintaining that the amendment of the Electoral Act will yield credible elections in the country while responding to questions from AIDOGHIE PAULINUS.

Having supported the Edo State governorship election adjudged by both local and international observers as the most credible in the country in recent time, how can the country replicate the feat in other states?

Well, thank you for the appreciation. I am glad that Edo went well, but remember that it is an off season election and it also suggests clearly that our main problem has been the decision to have all elections in one day across such a huge country with such decrepit and almost non-existence of infrastructure. It is clear to us that INEC’s capacity is improving and we can only hope that things get better, especially in the area of the reduction of the reliance on primitive human handling of what by now should be left to science. The longer we delay with amending the Act to allow INEC deploy technology, the less likely it is that we will escape the hands of those criminal manipulations who thrive in darkness and opacity.

Going by the contronversy trailing the Ondo election, observers believe that the Edo scenario was different from that of Ondo. What happened?

Every game is full of intrigues and the idea is for one group to outplay the other as long as they play by the rules. Ondo and Edo are two different environments even from the point of view of size and terrain. The Peace Committee has nothing else to do beyond its moral voice. So, there is nothing they have to put in place. All that matters is that they had supervised the covenant made by the contenders and the Sultan made reference to this in his speech.

From the look of things, are you hopeful of a peaceful, free, fair and credible elections in Nigeria?

We are hopeful of free, fair and credible elections everywhere in Nigeria. It is sad and shameful that Nigerian politicians continue to pull us back with their greedy smash and grab approach to a game that has clear rules. Ordinary Nigerians and the world remain embarrassed that a simple exercise that is willingly undertaken should create so much anxiety and lead to loss of lives and destruction. All politicians should heed the advice of former President Jonathan so that elections do not become a means of blood sacrifice.

In your recent outing at the Covenant Christian Centre in Lagos, you said you were not a happy Nigerian and that the President is making it difficult for Nigerians to celebrate diversity. What is the way forward? Is restructuring the way out?

I am sure that apart from a few people who are well placed to appropriate our resources, those who do not have to pay for electricity, fuel and so on, who is not sad in this country? There is nothing that I said that is strange. Our sense of national unity has never been more under threat than it is now and what I am saying is the thinking of majority of Nigerians across the land, including members of the ruling party. There is no need looking for a way forward until you know where you are first and we are in a bad hole. To move forward with digging is a disaster. It is time to pause and examine the state of the union because I am very afraid of the future.

You spoke about resetting the template. At 60, what new approach should the leaders and the people take in order to achieve a country that works in terms of federal character, and in the areas of infrastructure,  education, security, health etc?

There is nothing for me to restate in what I said as my message. The reactions I have received from Nigeria and abroad suggest that people share my views. There is nothing personal. This is our country. I am convinced that there is need for the President to pause because truly, we are not sure what time it is.

In your October 1 message, you spoke about the President not fulfilling his electoral promises. What is your recommendation to Nigerians in this regard?

You are a journalist and you, more than the rest of us, should know these promises. Your duty is to keep blowing the whistle to point at the fact that the promises are still unfulfilled, the Chibok girls are not home, Leah Sharibu has not been accounted for, the Boko Haram fight has become an enterprise, the military is demoralised and so on.

Are you hopeful that Nigeria will one day be at par with other super powers like the United States, United Kingdom, Germany, etc?

These are not good examples and we do not envy them. We will have to go and steal the resources of other countries, enslave other nations and make their sufferings the stepping stone to our national greatness. I do not know which aspect of these countries enchant you, the infrastructure or the weather?

Nigeria should have no ambition to be like any other country. Our destinies, values, cultures, aspirations and ambitions are different and God never planned for anyone to be like anyone, not to talk of nations. They are white, we are black, they eat chips and sandwiches, we eat pounded yam and jollof rice. We should measure our progress by how many of our people have full stomachs and stop trying to be like anyone.