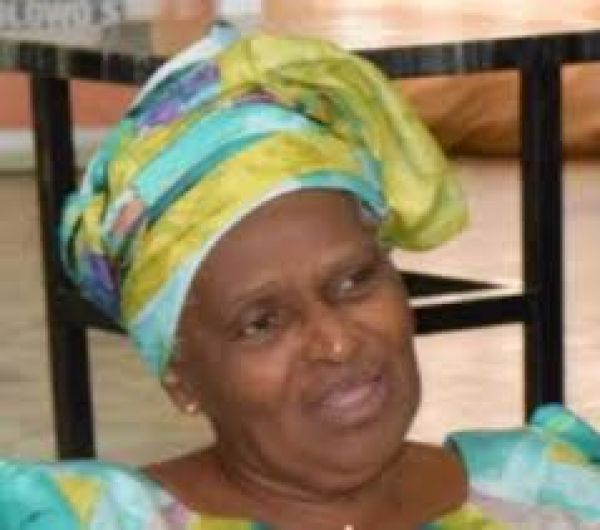 Oyeduran reportedly died in her sleep. She was married to A. B. O. O. Oyediran, a former Vice-Chancellor of University of Ibadan.

A statement signed by the family reads: “The children, grandchildren, and great-grandchildren of Olukayode Oyediran regret to announce the sudden, but peaceful passing of his wife of 57 years, Mrs Omotola Olubunmi Oyediran.

“Mrs Oyediran was the first daughter of the late Obafemi and HID Awolowo. She was a very loving, kind and generous mother, grandmother and great grandmother, and matriarch of the Awolowo dynasty.

“She had a very large family because her heart was large, and her embrace wide. She was a friend of the poor, needy and downtrodden. They called her “Iya Alanu Oke Bola.

“She was full of positive energy. She will be remembered with great affection and sorely missed. Born in 1940, Oyediran, 79, was expected to mark her 80th birthday December 1.

“May her soul rest in perfect peace.”