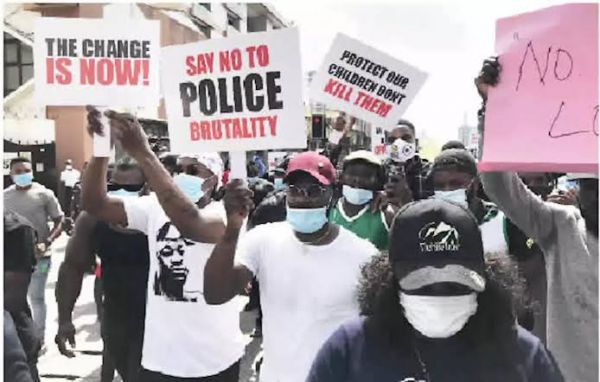 Sowore, an activist and publisher of Sahara Reporters, had arrived when the protesters were echoing their demands at the entrance of Nigeria’s National Assembly but was surprisingly asked to leave the premises.

Video of the event showed Sowore, convener of #RevolutionNow Movement, being guarded from the reach of the protesters asking him to vacate the protest ground.

While some argued that Sowore’s relentless approach to the #RevolutionNow movement helped prepare the ground for the #EndSARS protest, others held a contrary view.

The protesters’ reaction to the 2019 AAC presidential candidate, on Thursday, can be linked to messages from supporters of the agitation on social platforms, warning the protesters, mostly youth, from giving credence to politicians who might want to employ the platform to project their personal political ambitions or sentiments.

In late 2019, Mr Sowore was arrested and illegally detained for weeks by the President Muhammadu Buhari administration for his role in his #RevolutionNow, a movement calling for good governance in Nigeria but accused of plotting to overthrow the government.

He was released on December 24 from the State Security Service (SSS) custody following the directive of the country’s attorney-general and minister of justice , in compliance with court orders.

One of Sowore’s bail conditions confined his movement to Abuja till the court passes its verdict on his trial by the federal government for treason.