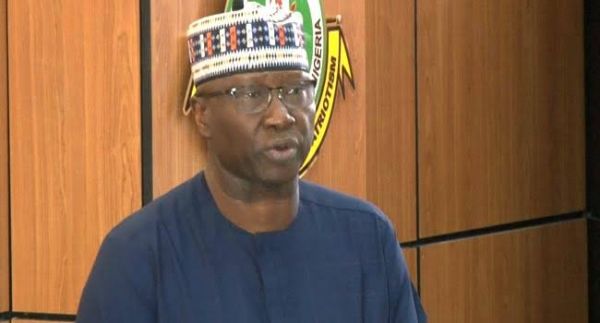 Federal Government has directed civil servants who have not been going to work since March when the lockdown declared to curtail the spread of Covid-19 started to return to work from Monday.

Chairman of the Presidential Task Force on Covid-19, Mr Boss Mustapha; and the National Coordinator, Mr Sanni Aliyu, disclosed this at the press briefing of the task force on Thursday.

Only civil servants of Salary Grade Level 12 and above as well as those on essential duties have been going to work.

But PTF has directed that civil servants below SGL 12 can now resume work.

It however directed Ministries, Departments and Agencies to ensure that they alternate the days the civil servants will be at work in order to ensure social distancing.

Aliyu said, “It is, therefore, the informed recommendation of the PTF that Nigeria maintains Phase 3 of the response with further changes to address economic, socio-political and healthcare.

“In this regard, and effective from Monday, October 19, 2020 at a minute past midnight, the following guidelines will come into place.”

Secretary to the Government of the Federation, Boss Mustapha, said only the Federal Capital Territory and Lagos have achieved the target of testing one percent of its population, while 26 states of the federation are yet to test up to 25 percent rate.

He said apart from FCT and Lagos State, three states that have crossed 50 per cent testing rate were Plateau, Gombe and Rivers.

He said, “Twenty-six others are yet to measure up to 25 per cent. This is considered a serious problem which is further compounded by the increasing general apathy and disbelief about the risk of Covid-19 in Nigeria.”

He recalled that at the last briefing on Monday, he had said that the PTF had compiled all its observations and findings and would in due course present the 8th Interim Report and recommendations to Mr. President, to enable the National Response proceed into the next phase.