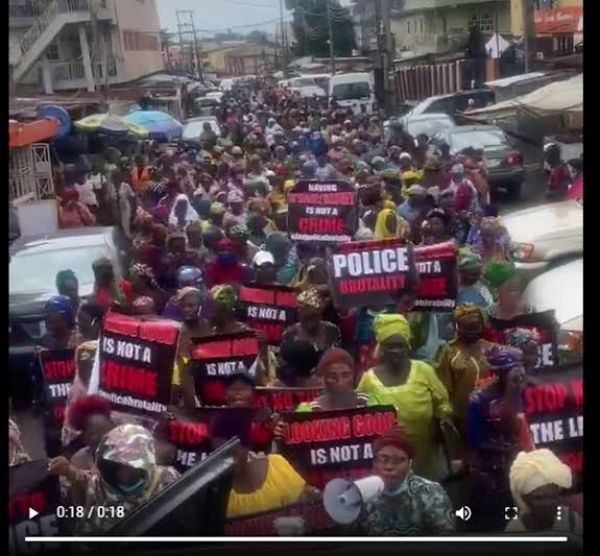 Monday’s protests had youth in their hundreds gathered at different locations in the state to demand police reform after the proscription of the police unit.

The young people moved out in groups along the Secretariat Road in Alausa, and later gathered and blocked the expressway.

They were seen wielding different banners with loud inscriptions calling for the ban of the Police unit.

The protests started in Lagos on Thursday, as youth took to the streets to air their frustration.

On Friday, the protesters took off from Lagos State House of Assembly at Alausa, and proceeded to Allen roundabout.

They maintained that they were not asking for a reformation of SARS outfit, but a complete proscription of that unit.

On Monday, hundreds of road users and commuters were stuck in traffic as protesters prevented people from moving in and out of Lagos at the Toll-Gate end.

In a similar development, hundreds of protesters in Osogbo shut down Osun State governor’s office.

The protesters on Monday disrupted vehicular movements and locked the entrance gate of the State Government Secretariat in Osogbo, Osun capital.

Some protesters who spoke with journalists said except Governor Gboyega Oyetola agrees to address the protesters, his office gate would remain closed.

Osun State’s Commissioner of Information, Mrs Funke Egbemode, did not respond to our correspondent’s calls and text messages on whether the governor would address the protesters or not.