Over 20 people killed in multiple road crash in Osun 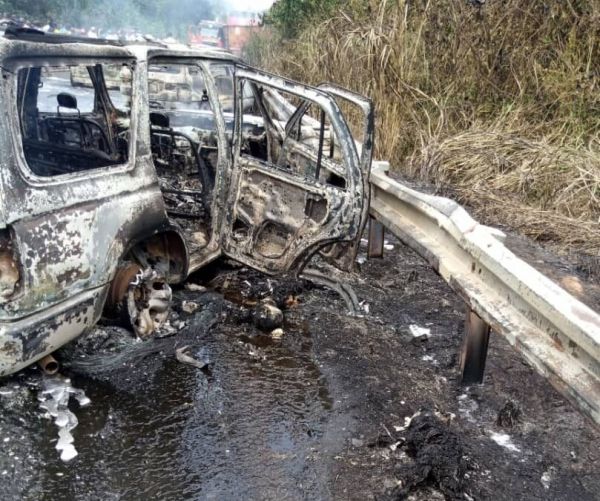 More than 20 people have been killed in a multiple crash at Igbelajewa area along Ilesa-Akure expressway in Osun State.

The rescue team led by Divisional Police Officer, (DPO) Ijebu-Jesa Division, Mr Taiwo Olugbemileke and men of Federal Road Safety Corps (FRSC) after arriving at the scene, rushed those that sustained injury to hospital, evacuated the dead to a mortuary and worked to restore normalcy.

The PPRO said the driver of a MACK Tanker loaded with diesel lost control of the vehicle, fell on the road and caused fire which affected other vehicles.

FRSC spokesperson said eight vehicles were involved in the accident.

The exact number of the dead and injured were uncertain as at the time of this report.

She said those that sustained injury were rushed to RTC Clinic, Ipetu-Ijesa and Wesley Hospital, Ilesa for medical treatment.

Witnesses confirmed that more than 20 corpses were sighted at the scene, some of them burned beyond recognition.