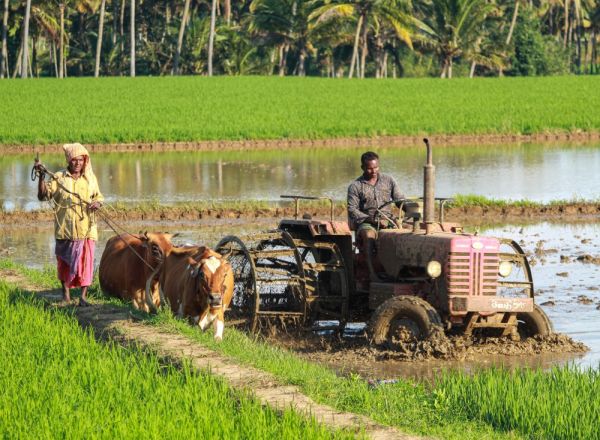 In a new report, they identified 10 key shifts that could lift nearly 500 million people out of hunger, double the incomes of 545 million small farmers in low and middle income countries, and limit agricultural emissions.

The changes would cost an extra $33 billion a year, said researchers from Ceres2030, a partnership between Cornell University, International Food Policy Research Institute, and the International Institute for Sustainable Development.

Of that money, $14 billion would need to come from donors, who already supply $12 billion to tackle hunger, with $19 billion provided by developing countries, researchers said.

That is “a relatively modest amount of money” compared to what countries are spending to respond to coronavirus pandemic and would offer “potentially massive gains”, said Carin Smaller, co-director of Ceres2030.

In 2019, almost 690 million people, or just under 9% of the world’s population, went to bed hungry, figures from United Nations show. But Smaller said the pandemic could cause the number to rise by another 95 million this year.

Meanwhile, food production accounts for about a quarter of climate changing emissions, according to a 2018 report in the journal Science, and rising food production is a major driver of deforestation and increased consumption of fossil fuels.

Targeting additional funding to on-farm improvements, getting harvests effectively to market and making sure farmers have access to basic social safety nets could help rein in both problems, said the Ceres2030 report.

Among the report’s 10 recommendations is investing in agricultural extension services which offer training and advice to farmers - and particularly ensuring they reach women - to encourage adoption of climate resilient crops.

Helping poor farmers become part of farmers’ organisations is also crucial, with studies in Africa showing this improves crop yields and quality, as well as water quality and soil conditions, the report said.

Last week, UN World Food Programme was awarded Nobel Peace Prize for its efforts to combat hunger around the world and improve conditions for peace in areas affected by conflict.

“It’s fantastic they won the prize. I hope it will help us also make sure we don’t forget the longer-term investments that are needed to end hunger once and for all,” Smaller told the Thomson Reuters Foundation.