If you regularly use these 5 words, you’re a better leader than you think 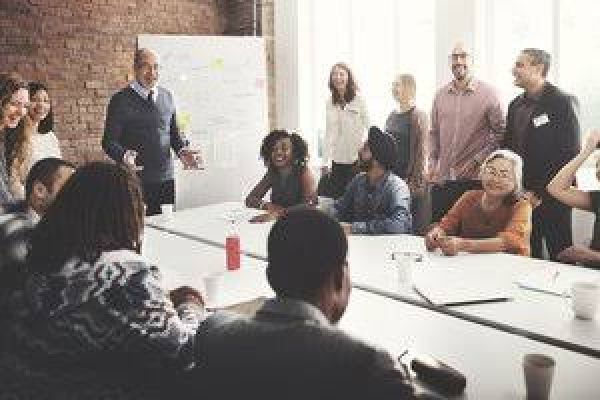 These are more important than 'please' and 'thank you.'

When I was young, like most people, my mother worked hard to ensure that my three brothers and I understood that the most important words were "please," and "thank you." My wife and I are doing the same with our four children.

But as an adult, especially one who is responsible for others, there are actually five more important words. It turns out, if you make it a habit to use them, you're a better leader than most.

We'll get to them in a minute, but first, a thought about why they matter so much: It's because leadership is hard. That's not a profound thought, I know, and it comes as no surprise to most of you.

Leadership, after all, is primarily a function of determining a direction and influencing people to move in that direction. However, that makes it sound far too simple. Moving a group of people collectively in any direction is hard. One of the most challenging parts is that you are ultimately responsible for the way your team and organization performs. Not only that, but you're also accountable.

The two things, by the way, aren't the same--responsibility and accountability.

Responsibility, we understand as having a duty to care for a thing or person. I am responsible for writing and publishing this column. I'm also responsible for making sure my children log on to their virtual class via Zoom every morning.

If any of those things don't happen, I'm held accountable. That's true of every leader--the part about having to give an account. Sometimes it's to your boss, or your customers, or even your team. When it happens, it often means owning up to it when things go wrong.

By the way, I don't mean you had a bad idea, or miscalculated the net margins on some report. I mean, you were wrong in how you handled the important things, like your team.

Those are the five words. The thing is, the first part of that sentence hurts when the words come out of your mouth. The second part, for most of us, is almost unbearable. We don't like to apologize. We really don't like to admit we were wrong.

Except, it turns out that one of the most important leadership skills is admitting when you're wrong. You should even give yourself permission to be wrong. That doesn't mean you should strive to be wrong, but anything you can to take away the visceral reaction inside your soul that recoils at the idea of being wrong will make you a better leader.

Sometimes it happens (you're wrong, I mean), but good leaders make it a point to respond with an apology. And, I don't mean one of those apologies where you tell someone you're sorry for how they feel. That's not an apology at all, by the way. It's more of a slap in the face. Never mind that you can't be sorry for how anyone else feels.

It also works when you encounter a customer with a problem. This may be an even more important example.

Sometimes the words are a little different, but it should sound the same to the customer. "I'm really sorry, we didn't handle that well," or "I'm sorry, we really dropped the ball on that shipment."

Usually, there are other words that need to follow, like what exactly you plan to do to make right whatever you were wrong about. But notice what words aren't in there--namely an excuse for why you're sorry, but not really wrong. That's just not going to cut it, and if you can model that, you'll be a better leader than most.

Ultimately, leadership means being accountable. Even when it isn't your fault--it's still your responsibility.