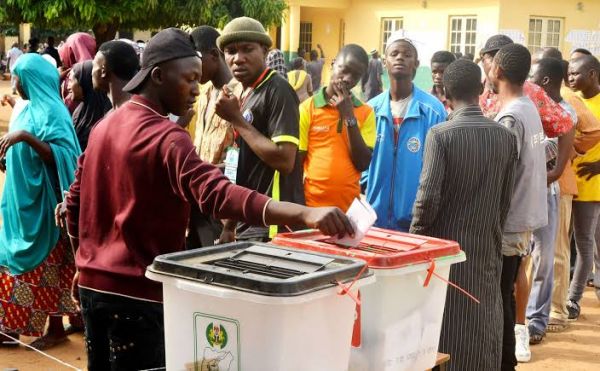 Violence was recorded in some polling centres in the State, especially in Akure, the State capital, Idanre, Emure-Ile, among other towns.

This is in addition to reports of vote-buying in almost all the polling centres across the State; with All Progressives Congress (APC) allegedly handing out N5,000 to each voter, and  People’s Democratic Party (PDP) N2,000.

An election monitoring group, Yiaga Africa, confirmed the case of vote-buying, alleging that the three major political parties were involved in the malpractice.

The group noted that vote-buying was observed by a team of observers who monitored the election across the 18 Local Government Areas of the southwestern State.

Pandemonium was also reported to have broken out in Akure immediately after voting began as gun-wielding men invaded a polling unit, shooting sporadically to disrupt the voting process.

The incident occurred at unit 04, ward 04, Ijomu/Obanla in Akure South Local Government Area, where efforts were made to snatch ballot boxes but to no avail.

A young man identified as Gboyega was shot in the process and was rushed to the hospital for medical treatment.

Operatives of Federal Road Safety CORPS (FRSC) and other security personnel who were at Ijomu Junction also ran for safety.

It was gathered that men of Nigeria Security and Civil Defense Corps (NSCDC) later brought the situation under control.

An eyewitness to the incident, who gave his name as Tope, claimed the thugs are members of one of the three main political parties contesting the election.

‘They drove in their vehicle with guns and started shooting as soon as they came out. One of them went straight to the boy [Gboyega] and shot him at close range,’ the witness said.

‘The hoodlums are here with us, we know them and the people who sent them. One of them was among those who shot people on the street last week.

‘The disturbing side of it is that the security men came, saw the hoodlums with guns, yet allowed them to go. In fact, they escorted them out,’ he added.

Also in Idanre, a National Youths Service Corps (NYSC) member was allegedly kidnapped when youths attacked some polling centres in the town.

The suspects were arrested by a combined team of security operatives who were at the polling centre.