The why, how and when of restructuring Nigeria - Olarinre Salako 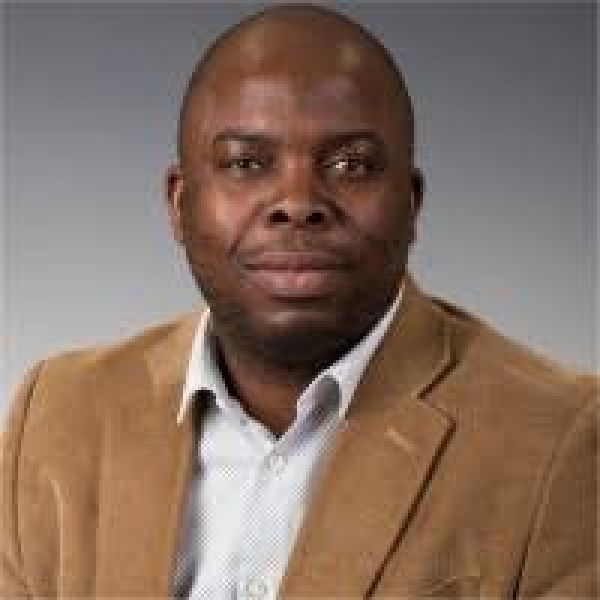 I believe the calls for restructuring of Nigeria’s socio-political system should be fundamentally driven by the need to re-define the federating units for improved efficiency and devolution of more responsibilities and resources, lean and cost-effective government at all levels, effective leadership recruitment process, sustainable infrastructural development including education and healthcare, and development of Nigerians’ technical know-how to engender industrialization, and institutionalism that will help reduce corruption drastically, and improve security, among others.

Agitation for restructuring to recognize ethnic identity may be one of the ways to achieve those fundamental reasons stated above. However, already, the current federating states are as much as possible congruously delineated along ethnic (even, where possible, tribal) lines. Albeit, the delineation is done in the most ineffective way, such that many of these states are not self-sufficient, and not self-reliant as they are made to be too dependent on the federal government. These states cannot even pay salaries to their workers! Even though governors earn security votes in billions, which are not subjected to legislative oversight, there is still no security in the land. The states cannot effectively leverage collaborative and growth-oriented interdependency among themselves.

Shouldn’t we consider larger-sized, small numbers of self-reliant and interdependent federating units, not only by their socio-ethnic convenience but also by their economic considerations determined by the people involved. Unviable states should be able to merge together. The current Nigerian 1999 constitution already recognizes the functionalities and interdependence of the states. It recognizes the importance of the concept of place of residency and national interests, compared to ethnic identity and sectional interests. Unfortunately, our current structure is not helpful to this constitutional provision that is meant to achieve national cohesion. We must agree to be cohesive on mutually beneficial terms and structures that will give life to such constitutional provisions. And our independence fathers – Awolowo, Bello and Azikwe, to the best of their knowledge, laid a fairly good foundation, for this “cohesion” by mutual understanding of our peculiar differences. It was at least a work-in-progress kind of unity in diversity.

So, to achieve a restructured Nigeria, we need to go back to our foundation – at least as far back as 1960/63. My view is that nothing good can happen without a strong foundation. If a superstructure is shaking, it might be necessary to check how the foundation was built, then ask how were the superstructures erected on the foundation? I think the basis of our frank and difficult discussion on restructuring should be, among others, the activities leading to 1960 independence and the enactment of the 1963 republican constitution. Why did the military strike in 1966? What led to the civil war, and consequent Aburi Accord? Why did we change from parliamentary system cum regional structure to an expensive Presidential system with unviable federating units? Should we continue to use the structure given to us by the Military unitarians – the usurpers, the remnant of whom are still largely controlling the system both within and outside government? What exactly did our independence fathers do well? What did they do not so well? Can we consider regional arrangement and parliamentary system?

I firmly believe we need a SEMBLANCE or BETTER VERSION of the first republic arrangement, and the republic constitution given to us by our independence fathers. The past successive Nigerian military governments and their civilian collaborators did a terrible disservice to Nigeria for copying the United States’ presidential system of government and federating states arrangement. The system is not only unsuitable for us, it was also poorly copied without attention to necessary details. For instance, we have three (3) senators representing each of our 36 states, while the richest country in the world – the United States, which has almost double the size of our population has two (2) senators representing each of their 50 states. This is a typical example of how we have a high cost of governance. We have a central Nigerian Police Force, while the more technologically developed, less corrupt, less security-challenged and mono-lingual United States has in every of their cities or counties, an independent police department and jurisdiction – community policing who are headed by elected Sheriffs. This means, it will be more difficult for us to fight insecurity and corruption when compared to the US. Each state in the United States largely controls its energy resources, including electricity generation, transmission and distribution. For instance, California State, with large fossil fuel reserves second only to Texas, has significantly increased its clean energy sources to generate electricity locally, and are phasing out fossil fuel. However, the high energy demand in California (with over 40 million people) meant that about one third of its energy consumption comes from other states like Wyoming (with a population of less than 600,000) where fossil fuels are being used to generate electricity. As small populated as States like Wyoming, North Dakota, etc. in the United States, they are largely self-reliant, and can offer interdependence with larger states. North Dakota (with a population of less than 1 million) has coal resources that can last for 800 years at the rate they are burning it for electricity generation. Therefore, as they are also a leading state in wind and crude oil energy, they are still working assiduously on clean coal technology, so as not to abandon the vast amount of this resource, which gives them interdependence collaboration with other states. This is a beauty of true federalism – where interdependence and peculiarity are strengths that drive cohesion.  Nigeria, from north to south, west to east, is equally naturally endowed with resources but we are terribly under-developing and under-utilizing these resources because of the poor and unsustainable structure.

Out of desire for cohesion, Nigerian military concentrated too much responsibilities on the federal government than it can efficiently and effectively handle, and this ironically is the cause of our lack of cohesion. It is also the cause of gross underutilization of our natural and human resources, endemic corruption, do-or-die politics, and perennial ethnic agitations and blackmails, from the south to the north, from the north to the south. Also, our 36 federating units are too weak and economically poorly positioned to handle their currently allocated responsibilities. It is a case of double jeopardy. The federal government is overwhelmed, the state governments are weak to handle the responsibilities devolved to them. We must collapse those 36 fragmented and fragile units into smaller numbers of workable larger-units, and make the federal government leaner with fewer responsibilities. Otherwise, we shall remain snailed-paced in our desire for development.

Now, either we like it or not, the only legitimate body that can champion restructuring is still the federal government (the National Assembly and the Executives). If we have a sincere and very understanding President who has a majority in the National Assembly – where they also see the need for restructuring; the President can initiate the process that will help us achieve the objectives of restructuring for the benefits of all. We need answers to questions of how can we devolve more responsibilities to new larger-sized and smaller-numbered federating units and improve efficiency, how do we even re-establish these federating units, leaner and cost-effective federal government, effective leadership recruitment process, sustainable infrastructural development, competitive and collaborative economic development and wealth creation, and strong democratic institutions that improve security, reduce corruption, among other things, within our socio-diversity.

There are numerous works on restructuring, already. It only takes a sincere Presidency to provide leadership to drive the process to review, study, harmonize and implement various suggestions by engaging eminently qualified patriotic Nigerians, across all works of life and ethnic nationalities, for this assignment. A thorough review and comparative studies of various materials to include the 1963 republican constitution (what we were using before the military struck in 1966), the 1999 constitution that we current use – which is not achieving the desire cohesion even with numerous amendments, the past confab reports in the archives, various old and new theses, articles and opinions, position papers from various groups, on the subject. The outcome of the comprehensive review and studies would be a Presidential proposal for a new and workable federating structure, system of government, pan-Nigerian citizens constitution.

Therefore, to avoid anarchy, we have to utilize the current structure to bring about a new workable structure. Since we are talking about socio-structure, we cannot destroy the entire building and rebuild. Otherwise, a complete demolition of a faulty superstructure would be very costly for all of us.

Our current leader – Buhari, with all due respect, should realize that his fight against corruption, his works on infrastructural development and economic sustainability, his efforts on ending perennial security challenges cannot be holistically achieved with the current Nigeria structure. It took him a government-to-government arrangement to get Siemens and GE to Nigeria for the energy reform efforts he is doing, to avoid corruption in the process, but Nigerians are losing significantly - the capacity development that should be gained in these monumental projects. Ditto for the rail projects by the Chinese. He should pay attention to our leadership recruitment process. It takes only a rogue successor to destroy whatever gains he thinks he might have achieved in 8 years by the time he leaves in 2023. Buhari will do well to consider the process of restructuring of Nigeria as narrated above, and as offered by other patriotic Nigerians. It is a patriotic call to duty for him.

This is why I firmly believe that all federalists and pro-restructuring advocates, and even the secessionists, should channel all their energies towards enthroning a pro-restructuring Presidency and National Assembly in the next three years. Even if President Buhari accepts the proposal for restructuring now, we would still need an immediate successive government to continue the process which may take about 10 year to achieve the set objectives to the generally acceptable level. This is the singular most important thing now – for all pro-restructuring advocates. We should identify and rally round consistent advocates of restructuring among those seeking to be the next tenant at Aso Rock in 2023. Indeed, I have been advocating that a Federalists Political Party should be formed to pursue this agendum. But it seems the pro-restructuring community lacks the ability to do so.

The other alternative, and this may sound silly and unpatriotic, is a short, sharp and focused military interregnum to do the restructuring by coercion. Afterall, it was the military intervention of 1966 that started the ruination of the country, maybe they can restore us back. Unfortunately, this can only be achieved by the ideological military ranks and files, which I doubt still exists. Therefore, this alternative is unworkable and unpatriotic. The last alternative is the perennial agitations by ethnic secessionists, and various ethnic militia, who most often than not, are sponsored by the political profiteers of this unworkable Nigerian structure. The agitation can lead to anarchy. Will Buhari listen and act, or he will miss the opportunity like his predecessors? President Goodluck Jonathan took action too late. President Musa Yar'adua only laid his hand on electoral reform but could not do much. President Olusegun Obasanjo did not pay attention to the call for restructuring, and he is now asking for one outside government. Will Buhari act? Will the pro-restructuring advocates identify a consistent non-tribalistic advocate of restructuring among those seeking to replace Buhari in 2023? Time shall tell.