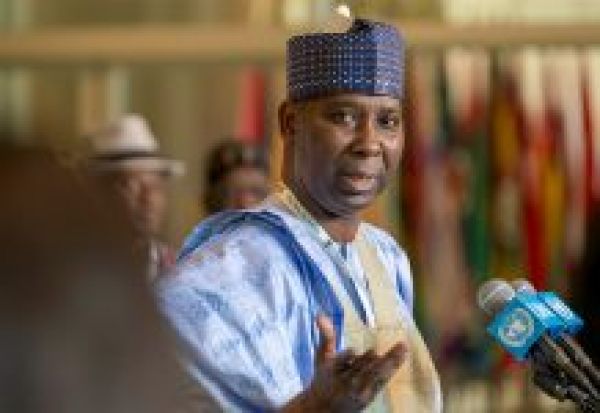 U.N. rights experts asked Federal Government on Monday to release a 22-year-old singer who was condemned to death over an allegedly blasphemous song, and said the sentence broke international law.

Yahaya Sharif was sentenced last month by a sharia court in Kano, after he performed the song and shared it on WhatsApp.

“Music is not a crime,” read a joint statement from the group of U.N. rapporteurs.

“Application of the death penalty for artistic expression or for sharing a song on the internet is a flagrant violation of international human rights law, as well as of Nigeria’s constitution,” said Mr Karima Bennoune, special rapporteur on cultural rights.

The rights experts said Nigeria should overturn the death sentence and guarantee the singer’s safety while he launched an appeal. Protesters enraged by the song burned down Sharif’s family home on March 4.

A spokesman for the Kano state judiciary, which runs sharia courts alongside the civil courts, said the decision was taken with legal backing, adding that he was unaware of the appeal.

“If we are requested to release him, it has to be through legal procedure,” said spokesman Mr Baba  Ibrahim.

Kano’s justice system has been in the spotlight since a sharia court also sentenced a 13-year-old boy to 10 years in prison last month after he was accused of making blasphemous statements during an argument.

Head of Poland’s Auschwitz Memorial has written to Nigeria’s president asking him to pardon the boy, Omar Farouq, and offering to serve part of the jail term himself.

“People from all around the world have volunteered. From the United States, Europe,  Asia,  Africa, including Nigeria ... I’m not even able to sit down and count them all but there are certainly many more than 120,” Cywinski told Reuters.