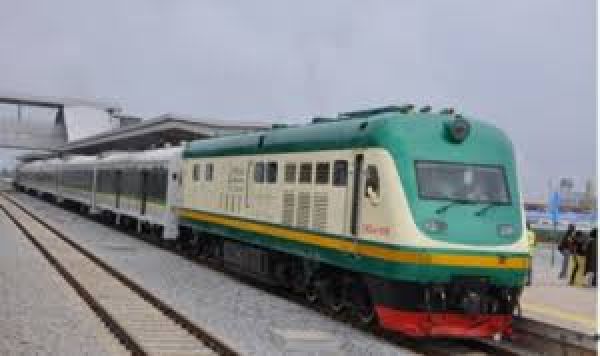 The National Christian Elders Forum (NCEF) wishes to express alarm at the news that the Federal Executive Council (FEC), during its meeting of Wednesday 23rd September, 2020 approved $1.9 billion to construct rail line from Kano-Dutse-Katsina-Jibia to Maradi in Niger Republic. This project is not only insensitive but absurd considering the many areas in Nigeria that are yet to be linked by modern rail system.

To worsen matters, the rail project is to be executed through loan from the Chinese at a time when most developing countries in the world are raising concern that the Chinese are using loans as tools for modern colonization. There are African countries whose teeth are on edge after taking too much bite of Chinese loans. Yet, the Nigerian Government is not only committing the country to an additional loan of $1.9 billion, the fund is applied to a questionable project.

The only logical reason for this absurdity is that Nigeria is regarded as a colony by the Fulani oligarchs in power. It is only a colonial mentality that can produce such unexplainable decision amidst lack and poverty in the country.

After the British left sixty years ago, what Nigeria has left is “reformed” colonial system. Colonialism is defined as the theory or practice of establishing control over a foreign territory, usually by settlement or economic domination. [Political Ideologies An Introduction by Andrew Heywood, pg.171]  It is very clear from our research that the British deliberately handed Nigeria, its land, mineral, oil and gas to one tribe, the Fulani that were, as Lugard wrote, incapable of effective colonial rule at the time. The Fulani government deliberately slowed down Nigeria’s progress in various ways including the Purge of 1975 - 1976.

It is sad that people from different parts of the country sat at the Federal Executive Council meeting and due to personal political expediency acceded to a decision that will put generations yet unborn in bondage. Every Nigerian, living and unborn is going to bear the brunt of this “colonial” decision to commit Nigeria to a rail line to Maradi in Niger Republic. Simply because it suits the program of British-appointed “colonial masters” it does not mean it is in the national interest no matter the excuses that may be adduced for such colossal misappropriation of public funds.

If Nigeria is going to take a loan from a foreign government, reason would dictate that such loan should be applied to developmental projects that would yield value and be able to repay itself. We wonder what economic activity is going on between Nigeria and Niger Republic that would warrant Nigeria taking a loan of $1.9 billion to construct a rail line to the other country. So far, we are not told how much Niger Republic is committing into the project.

The National Christian Elders Forum has been in the vanguard of appeals to secessionists to give the country another chance that the crisis in the country could be resolved. A few weeks ago, NCEF issued a paper titled NIGERIA IS NOT A MISTAKE IT REQUIRES RE-INVENTING. We believe in the corporate existence of Nigeria as an indivisible entity unfortunately, this Government keeps taking decisions that inflame anger and provoke some ethnic nationalities to consider opting out of the Federation. How could any reasonable person justify this rail project to Maradi?

In the interest of the country, NCEF recommends that this project should be reviewed and the loan, if it is deemed necessary, should be committed into developmental projects within the country. Nigeria is not a colony. It should not be governed as such.