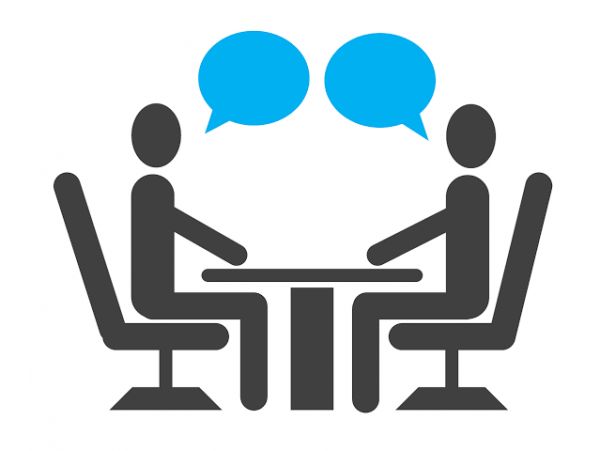 A new study finds some of the worst questions people get asked in interviews.

When you're recruiting new talent, you want to make sure that you find the right person for the job. A good interview will help you get to know a candidate better, but be careful that the questions you ask don't act as a deterrent.

A poorly-judged question might actually frustrate, irritate, or even offend a prospective employee. A new study by Resume.io surveyed 2,000 Americans to find out about the worst questions people get asked in interviews.

The results showed questions ranging from the uncomfortable to downright inappropriate and revealed patterns of unconscious bias that should be avoided.

Here's a run-down of some questions not to ask in an interview:

'You have one minute to persuade me to buy this pen - GO!'

Interviews are stressful enough. Is it fair to throw someone a curveball and pressure them to 'perform' at the drop of a hat? According to the study, 13% of respondents found task-based challenges like this to be the worst kind of interview question.

The rationale is pretty clear; this kind of question is asking the candidate to embrace a tricky task head-on, and demonstrate key marketing skills. A sharp interviewee might be able to rise to this kind of challenge, but when put on the spot many talented people could feel unprepared and thrown off-track.

This won't help you find the most desirable new employee, rather than just adding to people's stress. If you do want to use a creative problem-solving type question, try to brief the candidate about what you're doing. They will feel informed and supported, which will help them to shine, and give a good impression of you as an employer, too.

'Where do you see yourself in 5 years?'

It might seem reasonable to ask someone about their future plans, but this kind of question can make people feel quite uncomfortable. 11% of people interviewed disliked this question. Candidates might feel hesitant to talk about their long-term goals, especially when there are so many assumptions about 'acceptable' career paths.

Interestingly, this kind of 'future-plans' question is put to women far more than men. The research shows that there are other inconsistencies in the types of questions that commonly get put to different candidates. This is evidence that unconscious bias can sneak into the interview process if you're not paying attention.

Unfair scrutiny like this could be off-putting to talented candidates who are wary of being marginalized in your company. It's worth double-checking if your interview technique is fair and equal, to avoid this mistake.

'Why should we hire you?'

This is the fundamental premise of the whole interview process, but nonetheless it can be very stressful being asked directly to assert your value to a prospective employer. 12% found that this question makes them squirm.

As above, the study showed that women were more likely to be asked questions about their strengths, weaknesses, and suitability for the job, which suggests a bias that casts doubt over women's qualifications and competencies.

This kind of question can feel hostile to prospective candidates, especially if they are aware that not everyone is being asked the same thing.

'Describe a time when you failed and how you handled it.'

This feels like another trick question, and 8% of people in the study would prefer not to answer it. People want to show their best side in an interview, so this is difficult to answer honestly without exposing undesirable weaknesses.

There are ways for charismatic candidates to spin this question to cast themselves in a great light, and that's what the interviewer is looking for, of course. But it's all too easy to get tangled up in cliches and end up sounding insincere.

It's not helpful to ask people to think of themselves as failures. Think, rather, about asking people more constructive questions about challenges they have overcome, and how they have grown and learned from past experiences.

'Why do you want this job?'

This is another question that seems straightforward but still makes people uncomfortable. 8% of people in the study hate to be asked about their motivations.

People don't like to have their intentions scrutinized, especially when the answer might be more functional than aspirational. Everyone has bills to pay, but that answer might not impress a future employer.

Interestingly, this is another question that is more often asked of women candidates, suggesting that employers need to focus more on people's ability to do the job, than asking awkward and irrelevant questions.

To avoid unconscious bias affecting your interview strategy, try to be consistent by putting the same questions to all candidates. Make sure the questions are relevant and appropriate to the position people are applying for, and not too personal or intrusive.

Take a look at the full study for more detail about the worst interview questions that you should avoid asking.