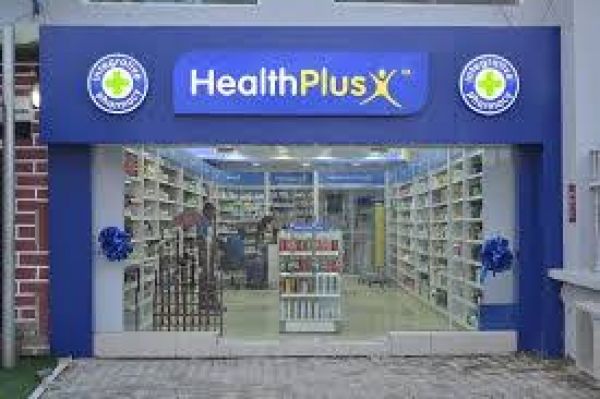 On Friday 25th September 2020, a Press Release was purportedly released by Health Plus Limited (‘the Company’ or ‘HealthPlus’) announcing the alleged appointment of one Chidi Okoro ‘on secondment as incoming Chief Transformation Officer (“CTO”)’ of the Company, and that ‘The founder of the Company Mrs. Bukky George continues to be a director and a shareholder’.

We wish to inform the General Public, the Pharmacists Council of Nigeria, our Staff, loyal Customers, Vendors, Landlords, Bankers and all Stakeholders that the Press Release was NOT authorised by the Company or anybody acting on its behalf and that the announcement of the appointment of a CTO is wholly FALSE, wrongful and illegal and should be totally ignored. It is the handiwork of unscrupulous foreign and local businesswoman and businessmen intent on reaping where they have not sown simply because they now see opportunities from the Covid-19 Pandemic, like scavengers and vultures.

It is instructive to note that the Chairman of the Board of Directors resigned two days ago and another Director resigned five weeks ago. Both gentlemen had been displeased and frustrated by the impasse and its debilitating effect on the Company, its fortunes, employees and above all, the sheer injustice occasioned by it all.

HealthPlus, founded in April 1999 by the Chief Executive Officer, Mrs. Olubukunola Adewunmi (Bukky) George is Nigeria’s first integrative pharmacy, the leading pharmacy chain in Nigeria and the fastest growing in West Africa. The Company currently operates over 90 pharmacy and beauty retail stores, located in 11 States and the Federal Capital Territory, employs over 850 Nigerians and is the largest private employer of pharmacists in Nigeria. The Company has a reputation for excellence and takes pride in the integrity of its supply chain. Its extensive product portfolio includes prescription-only-medicines, over-the-counter medicines, nutritional supplements, natural remedies, beauty and grooming products; with a strong emphasis on local procurement and an active drive to uplift the communities they operate in with their range of pharmacy services and free health screenings.

Mrs. Bukky George founded and grew HealthPlus against the odds to the household brand that it is today. She continues to run the Company as Founder and Chief Executive Officer (‘CEO’). In 2018, HealthPlus decided to collaborate with Alta Semper Capital UK - a foreign private equity firm (PEF) – to inject fresh capital to further grow the business. Alta Semper was to exit after 5 years according to the Agreement reached with that company and its associates and Mrs George was prepared to give the PEF a controlling stake in order for them to realise their investment. Unbeknown to Mrs George and HealthPlus Nigeria, the collaboration was doomed from the beginning because of the greed of the owners of Alta Semper and their ulterior motive of hijacking a thriving pharmaceutical concern in Nigeria given the potentially vast Nigerian market. Thus the endeavour was to run into troubled waters primarily on account of Alta Semper’s futile attempts to take-over the Company, leading to it deliberately starving the Company of pledged funds as well as the intransigence of Alta Semper’s owners when reminded of their obligations. This present unilateral unlawful attempt that purports to remove Mrs. Bukky George as CEO and install their puppet appointee using the cover-term ‘Chief Transformation Officer’ is the latest escalation of their bid to subvert the laws of Nigeria and perpetuate the foreign domination of a flagship of the Nigerian pharmaceutical industry. This unprincipled and unethical behaviour, typical of PEF’s who use local stooges to achieve their nefarious ends will continue to be stoutly and vigorously resisted.

In May 2020, Mrs. Bukky George instituted legal action at the Federal High Court [Suit No. FHC/L/CS/609/2020] seeking by way of a Petition to stop HealthPlus Africa Holdings Limited (the investment vehicle used by Alta Semper Capital and which they control) and their nominee directors from continuing to run and manage the Company in an oppressive and prejudicial manner and in disregard of her interests as a member of the Company. Their actions included: the deliberate delay and withholding of funds; meddling with management, interference with the functions of key employees; abuse of corporate governance processes and now

the attempt to remove her as CEO.

There is a pending Motion on Notice for Interlocutory Injunction dated 27th May 2020, to restrain the Respondents from doing this but in flagrant disregard of the court process Alta Semper and its cohorts have purported to do just that.

Upon being served with the Court Processes, the Alta Semper Capital nominees who are Respondents to the Suit failed to file any defence and appealed that the parties mediate their dispute. They chose to frustrate the mediation process after three (3) meetings over a three (3) month period presumably to enable them build some spurious case against Mrs George and file an arbitration claim in England, which they hope will be a favourable venue to seal their wrongful and unlawful acts. Alta Semper’s latest actions, including the arbitration claim that it has now filed, constitute a serious affront to the authority of the Court seised of the suit, a desecration of the integrity of the Nigerian judicial system and a gross violation of Nigeria’s extant legislation.

The General Public, the Pharmacists Council of Nigeria, our Staff, loyal Customers, Vendors, Landlords, Bankers and all Stakeholders are advised to totally disregard and ignore the earlier unauthorised Press Release from those who have no real stake in the Company, its employees or Nigeria. Mrs. Bukky George remains the Founder & CEO of the Company and is focused on preserving and growing this national treasure.