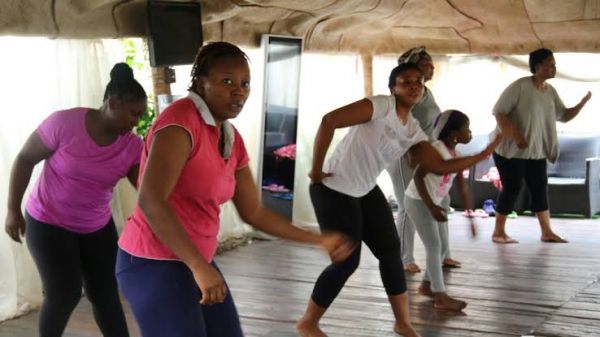 Entrepreneurs face considerable mental and emotional challenges, making decisions every day that they hope will pay off for years to come.

So you probably know that exercise helps you perform better under stress; that exercising at moderate intensity for 20 minutes elevates your mood for up to 12 hours; that exercise increases the production of a protein that supports the function, growth, and survival of brain cells; and that exercise is one of the five daily habits a 30-year Harvard study shows can not only increase your lifespan by 12 to 14 years, but also cut your risk of Alzheimer's in half.

Now, according to a meta-review of a number of studies published last month in the journal Transitional Sports Medicine, there's evidence that even "aerobic exercise for two minutes to one hour at moderate-to-high intensity improved attention, concentration, and learning and memory functions for up to two hours."

Yep: Two minutes of aerobic exercise, two hours of higher brain power. As one of the researchers writes, "Exercise makes you smarter." (Kudos to Dr. Blomstrand for going against the research-speak grain and getting to the point.)

Intuitively that makes sense. I always feel sharper after I exercise, but I've (admittedly non-scientifically) attributed that to "clearing my head." Exercise, especially vigorous exercise, tends to strip away the clutter and re-center me.

But clearly there's more to it. After reviewing thirteen studies, the researchers concluded that exercising, followed by a brief recovery period, can improve attention, concentration, working memory, shortterm memory, longterm memory, verbal fluency, and the capability to plan and solve problems.

What Should You Do?

To reap the benefits of exercise on mental performance, the key is to exercise, as the researchers put it, "before and in close connection" with whatever you need to do.

Which means a little planning is in order. You probably don't want to join an important teleconference right after doing 50 burpees; you'll need a little time to recover. (Burpees definitely qualify as moderate to vigorous, at least for me.)

Unless you want to be a hot, sweaty mess, you'll want to do the same.

Just keep in mind that the exercise has to be aerobic in nature. The research focused on moderate-to-vigorous walking, running, and cycling. But any exercise that elevates your heart rate to, say, 60 to 70 percent of your max heart rate should work.

Since going for a walk or run isn't always practical, and the quickest way to get me sucking wind is to do burpees, that's my go-to. If you're space-limited, jumping rope will work. So will mountain climbers. Or squat jumps. Any exercise that elevates your heart rate into the "moderate to vigorous" zone.

Then give yourself five minutes or so to recover.

As for the optimal length of exercise, the results were mixed. One study saw benefits from as little as two minutes; others studied the effect of 10 minutes, 15 minutes, 20 minutes...

So if you have the time -- even there's no empirical evidence showing that longer is better than shorter -- exercising for five or ten minutes might be better. If nothing else, longer duration is better for you overall.

Then again, the best approach could be to exercise for two minutes every two hours throughout the day. You'll recharge, reenergize, and re jump-start your mental acuity.

And improve your health and fitness in the process