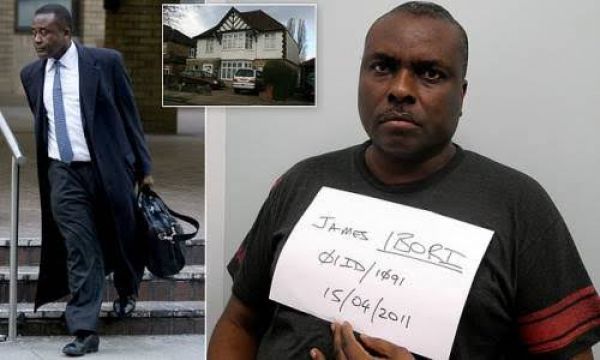 British prosecutors launched an attempt on Thursday to confiscate 30.8 million pounds ($39.3 million) from a London lawyer who assisted a Nigerian politician in looting and laundering funds from the oil state he governed.

Bhadresh Gohil was convicted in 2010 of 13 counts of money laundering and other offences linked to his role in the case of Mr James Ibori, who was governor of Delta State from 1999 to 2007. Gohil was sentenced to 10 years in prison.

Then a partner at a firm in the London district of Mayfair, Gohil had helped Ibori channel stolen funds through shell companies and offshore accounts, and buy assets such as an English country house and a $20 million private jet - although police caught up with the men before the jet was delivered.

Gohil also masterminded a fraud in which $37 million in fake consultancy fees was stolen from two Nigerian states in connection with the sale of their stakes in a telecoms company.

With its highly developed financial and legal services industries, Britain has long been a favoured destination for people seeking to launder dirty money.

Banks have been fined and scandals revealed by leaks such as FinCEN and Panama papers, but it remains unusual for direct beneficiaries such as Ibori and Gohil to be held to account.

Ibori was extradited to Britain in 2011, and in 2012 was convicted of 10 counts of fraud and money-laundering and jailed for 13 years - a rare instance of a senior Nigerian politician serving time for plundering public funds.

Britain hailed the case as a landmark in the fight against corruption and pledged to return stolen funds to Nigerian state coffers. But confiscation proceedings against both Ibori and Gohil have dragged on for close to a decade, repeatedly delayed by appeals and complications.

In Ibori’s case, a hearing took place at London’s Southwark Crown Court in January. Prosecutors asked the court to make a confiscation order against Ibori of 117.7 million pounds. The judge has yet to hand down his decision.

A hearing on Gohil’s case is ongoing at the same court. Lead prosecution counsel Jonathan Kinnear on Thursday began setting out the details of what he said was Gohil’s criminal benefit.

Gohil will have a chance later in the hearing to call witnesses and give evidence himself to dispute the prosecution case. Any confiscation order against him, as for Ibori, will be issued by the judge at a later date.