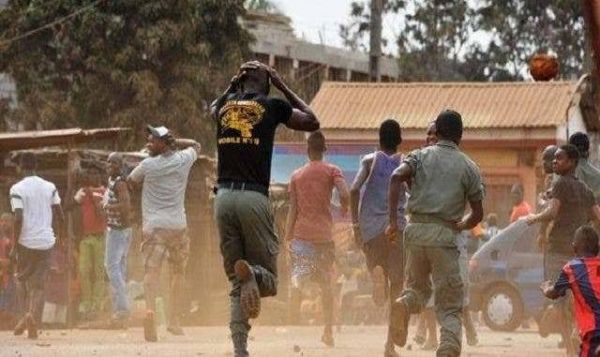 Gunmen in seperate attacks on Katsina communities have kidnapped four persons including Ms Asiya Dangiwa who is a sister to the current Managing Director of Federal Mortgage Bank of Nigeria, Mr Ahmed  Dangiwa.

Residents said Asiya was kidnapped in the early hours of Wednesday from her house located in Kankia town by masked gunmen.

Spokesman for Katsina Police Command, Mr Gambo Isah, confirmed the incident and said efforts were on to rescue her.

The police spokesman who did not provide details,m simply said, “I can confirm the kidnap in Kankia but we are making efforts to rescue her. ”

It was also learnt that gunmen in separate operations early Monday morning, kidnapped a staff of the state Primary Health Care Agency, Mr Aminu Shaaibu from his house in Mairuwa town, Faskari Local Government Area of the state.

The gunmen were also said to have wounded one unidentified man and kidnapped two children of Rabiu Maibulawus in the Dandume Local Government Area of the state.

Details surrounding the incidents were still sketchy on Wednesday evening while the police spokesman said he was yet to get clarification the development.

“Give me time to clarify the incidents, please,” he said.