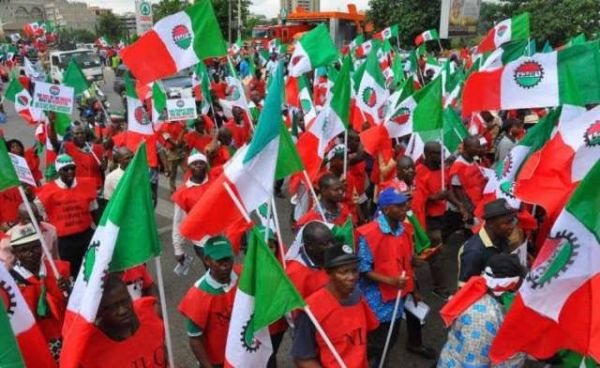 Nigeria Labour Congress (NLC) says from Monday, protests and strike action will commence across the country over federal government’s refusal to reverse prices of petrol and electricity tariff.

NLC president, Mr Ayuba Wabba,  broke the news after the national executive council of congress met in Abuja on Tuesday.

The pump price of petrol was increased earlier in the month while a new electricity tariff was implemented around the same period.

While marketers are currently selling petrol between N158 and N162 per litre, Nigerian Electricity Regulatory Commission (NERC) increased electricity tariff from N30.23 to N62.33 per kwh.

NLC had earlier issued a two-week ultimatum to the federal government to reverse the increase in the price of petrol and electricity tariff.

At the end of Tuesday’s meeting, Wabba said the decision to implement the strike action was unanimously taken by the chairmen of NLC in the 36 states and federal capital territory.

Some persons had earlier protested against increase in petrol price and electricity tariffs, charging NLC to mobilise a nationwide protest over the hike.