Yoruba in Kogi demand relocation from North-Central to South-West 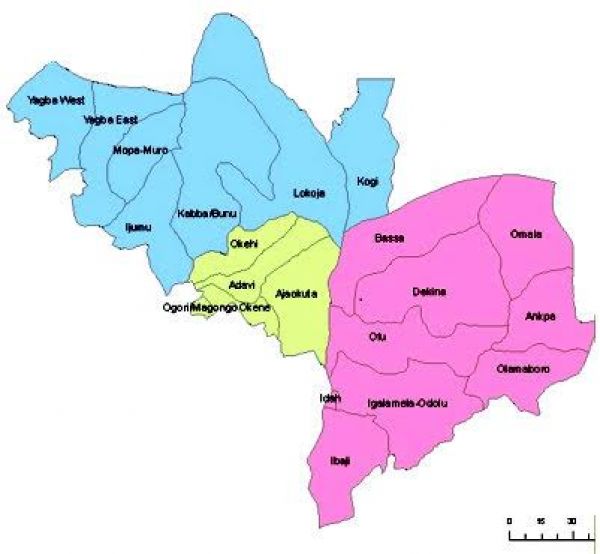 Okun ethnic group of Kogi state has written to national assembly’s constitution review committee, requesting to be zoned to the south-west.

In a memorandum Mr Babatunde Fadumiyo signed on behalf of Mr Femi Mokikan, president of Okun Development Association (ODA), the ethnic group also demanded a separate state which would be made up of Okun people and the core Yoruba speaking part of Kwara state.

The group also expressed support for the restructuring of Nigeria to “bring about a truly federal republic”.

“The Okun people in Kogi State are convinced that a Sovereign National Conference will be a welcome platform to canvass and advocate a redress for multiple injustices that have arisen from their wrong situation since Lord Lugard’s proclamation of an artificial boundary between  Northern Protectorate and the Southern Protectorate in 1990,” the document read.

“The various protests, appeals and advocacy for fairness, equity and justice at several Constitution Conferences in London and Nigeria, the Willinks Commission of Enquiry on Minority Rights, several Panels of Creation of States and Boundary Adjustment hitherto, have not attracted the desired attention, as the people have never been allowed to determine where they should belong and who should govern them and guarantee their self-actualization, security, development and overall well-being.

“There has been a loud, popular and persistent clamour for the readjustment or re-relocation of Okun People politically and administratively from the north central zone to the south-west zone of Nigeria.

“The Okun People of Kogi State reaffirm their Yoruba origin. It is incontrovertible that their culture and values are the same as those of Yoruba in the south-west of Nigeria with whom we share territorial contiguity and economic relations. We therefore put as our core demand, the readjustment and relocation of Okun people’s political and land boundary from the north-central to the south-west.”

In February, Senate President Ahmad Lawan inaugurated a 56-man steering and constitution review committee to engage Nigerians on constitutional provisions they feel should be amended.