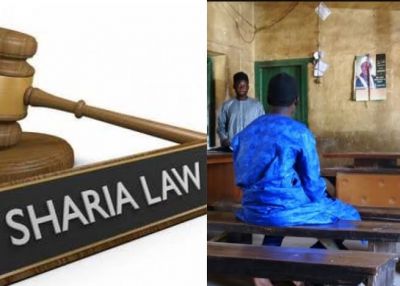 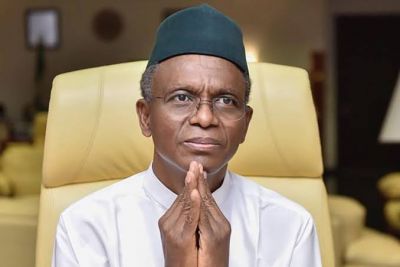 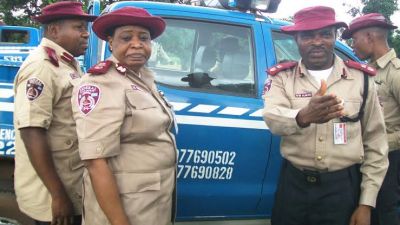 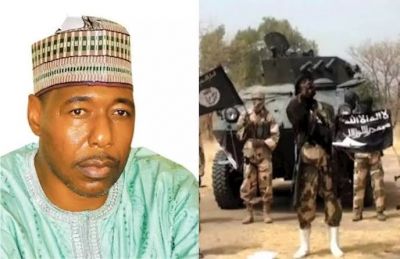 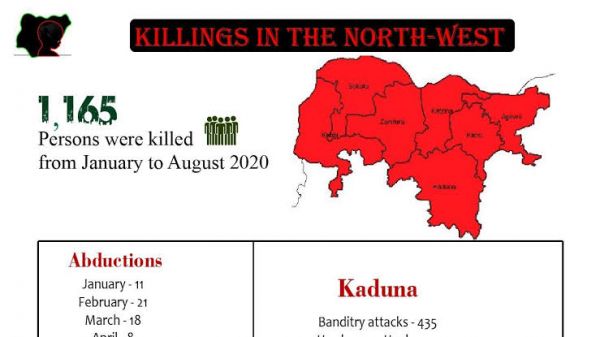 At least 1,165 people were killed in violent attacks in Northwestern zone of Nigeria between January and August this year, according to a report.

No fewer than 113 people were also kidnapped in the zone in the last eight months, a report by a non-governmental organisation, Nigeria Mourns, obtained on Friday, shows.

In its latest report, the group which tracks incidents of violent killings across the nation, said the cases in  Northwest were recorded in seven states.

The group uses newspaper reports, police and family sources to gather its findings.

The latest report shows that Kaduna, Katsina and Zamfara states recorded the highest numbers of killings in six months.

The report listed the casualty figure for each of the seven states as follows:

The report states that 1,068 persons were killed by suspected armed bandits, five by Boko Haram/ISWAP, 73 by armed herdsmen, six died in isolated attacks and 13 from extrajudicial killings.

The report also listed the monthly abductions in the region.

Earlier reports by the organisation and published  showed that 415 people were killed in July in violent crimes across Nigeria, 731 in June and 356 in May.

Amidst all these, President Muhammadu Buhari in his address at this week’s retreat held for cabinet members admitted his government needed to do more to address security challenges across the country.

“We have to address emergent cases of insecurity and insurgency in the country with innovative approaches such as “Operation Safe Corridor,” which de-radicalize, rehabilitate, and reintegrate willingly surrendered Boko Haram members into the larger society,” Mr Buhari said on Tuesday.

The president listed northwestern states as part of the places where the government’s fight against insecurity is yielding the “desired” results.

“Our security operations in Niger Delta, North Central and North Western States are yielding desired results. We hope to get rid of bandits, kidnappers and other criminal elements in these regions”, he said.

Reacting to this latest report, a security expert, Mr Akeem Olunode, said the figures are scary. He then called on federal government to strengthen security operatives.

“Certainly, this country is not secured. We are currently dealing with coronavirus but insecurity kills more than the pandemic. The only solution to this crisis is for the authorities to strengthen our security operatives. We can’t run away from our problems.”